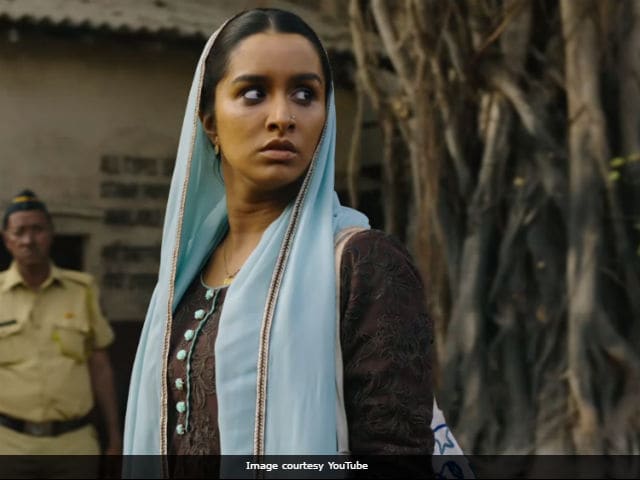 New Delhi: Actress Shraddha Kapoor's forthcoming film Haseena Parkar has finally got a release date. The film, which was earlier scheduled to release on August 18, will now hit the theatres on September 22. The Ek Villain actress shared the news with her fans and followers on social media. "Mark your calendars for 'Aapa,' she wrote. This is the fourth time that the release date of Apoorva Lakhia-directed film has been rescheduled. Initially, Haseena Parkar was scheduled to release on July 14 along with Ranbir Kapoor and Katrina Kaif's Jagga Jasoos. However, the director postponed the film's release to avoid the clash at the box office. Haseena Parkar will now open in theatres along with Sanajy Dutt's comeback film Bhoomi.

Haseena Parkar depicts the journey of terrorist Dawood Ibrahim's sister Haseena Parkar. The film shows how Haseena's life changed after her husband was killed by gangster-turned-politician Arun Gawli's gang in 1991.

Haseena Parkar has been produced by Nahid Khan. In the film, Shraddha Kapoor's brother Siddhanth will feature as Dawood Ibrahim. Ankur Bhatia, who was last seen in Aishwarya Rai Bachchan's Sarbjit, will portray the role of Haseena's husband Ibrahim Parkar.


At the trailer launch of the film, Shraddha Kapoor spoke about her experience of filming the biopic.

This is the first time Shraddha Kapoor will be seen sharing the screen space with her brother Siddhanth.

In an earlier interview to news agency PTI, the 30-year-old actress said, "I am very excited and nervous because I've been thinking if I have to do a scene with him, I've to forget that he is my bhaiya. I hope that bond translates on screen."