Shibani Dandekar's Throwback Pic Is Burning Up Instagram And How 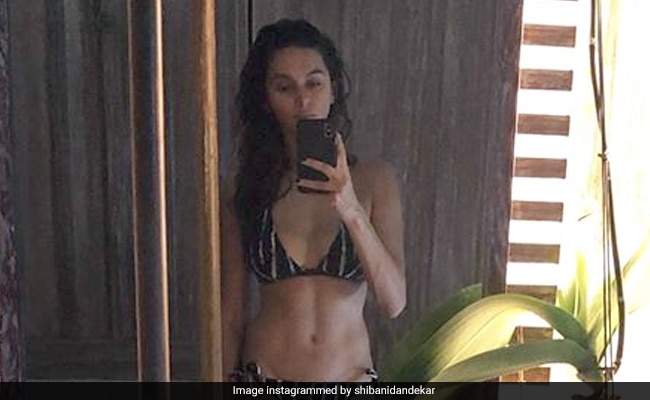 If we had to sum up  Shibani Dandekar's latest Instagram entry in a word, we would call it stunning and seems like her Instafam had a similar school of thought (but more on that later). On Saturday afternoon, the 39-year-old model-singer posted a stunning throwback picture of herself on her Instagram profile. In the photograph, Shibani can be seen clicking a selfie, dressed in a black bikini as she stands in front of a mirror. She revealed in her caption that the picture happens to be from last year. "Koh Samui, this time last year! How time flies and things change! #thatbrowngirl," she captioned the post. Shibani's Instafam couldn't help but love the picture and wrote comments like "gorgeous" and "so stunning." Shibani's post was flooded with fire emojis.

Foo x Ty @faroutakhtar grab ya tissues this one is too damn cuute!!!

Farhan Akhtar was earlier married to celebrity hairstylist Adhuna Bhabani, with whom he has two daughters - Shakya and Akira. The actor was last seen in Shonali Bose's The Sky Is Pink, which also starred Priyanka Chopra, Zaira Wasim and Rohit Saraf. The actor will next be seen in the sports drama Toofaan.