Shanaya Kapoor Is Having The Holiday Of Her Life In Ibiza. See Pics 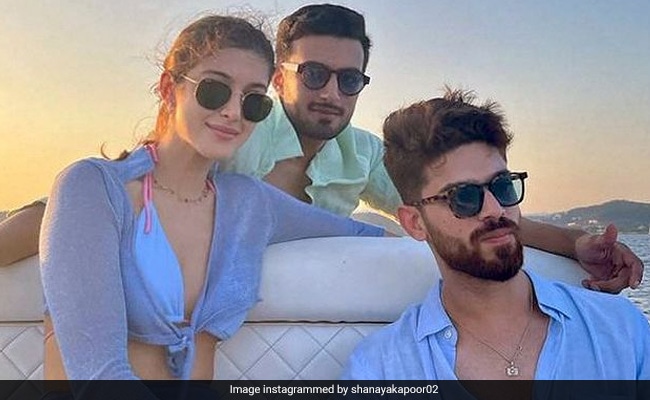 Sanjay Kapoor's daughter Shanaya Kapoor, who is soon going to make her big Bollywood debut with Karan Johar's Bedhadak, has shared some stunning pictures on her Instagram handle from her recent getaway to Ibiza. In the images, the actress can be seen posing with her friends as they enjoy a water ride. The first picture is a mirror selfie that shows her in a green ensemble. The second is of a flight monitor that reads, "Ibiza" while in the rest of the pictures, she can be seen having the time of her life with her friends.

Sharing the post, Shanaya captioned it as, "life is my favourite movie". Soon after she shared the post, her father, Sanjay Kapoor, commented, "Nice glasses," while her mother dropped heart emoticons.

Recently, rumours were doing rounds that Shanaya Kapoor's debut movie Bedhadak, co-starring Lakshya Lalwani and Gurfateh Pirzada, has been shelved. However, Karan Johar rubbished the rumours and dropped an update on his Instagram handle. He announced that the film would go on the floors early next year. "Shanaya Kapoor, Gurfateh Pirzada and Lakshya Lalwani all set to storm the screens next year! Shooting commences first half of next year !!!!" read the post.

Helmed by Shashank Khaitan, in the movie, Shanaya Kapoor will be playing the character named Nimrat.