Shanaya Kapoor Mourns Pet Dog Scooby: "You're Always Going To Be Home For Me"

The star kid shared some sweet memories with her best friend on Instagram. 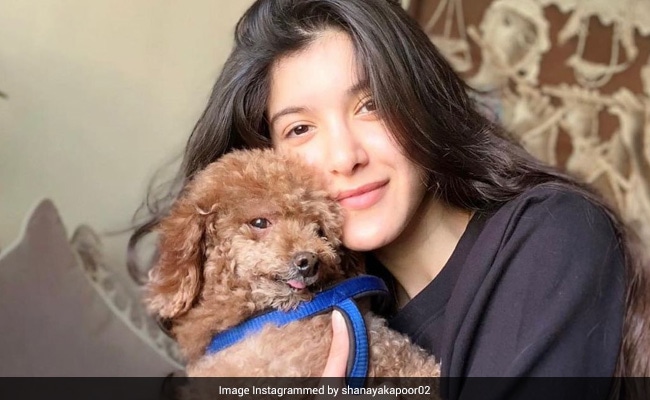 Shanaya Kapoor is mourning the loss of her pet dog Scooby. On Wednesday, the star kid shared some sweet memories with her “best friend” on Instagram. In one of the slides, we can spot the pooch chilling on a bed. Then there is an adorable photo of Scooby and little Jahaan, Shanaya's brother. Along with the photographs, Shanaya penned a heartwarming note for the canine. “Rest easy my angel, these 12 years have been so special with you, my partner, my baby, my best friend. I love you forever, Scooby. You are always going to be home for me and forever in my heart,” the caption read.

Shanaya's mother Maheep Kapoor also shared a photo in memory of Scooby. Here we get to see little Jahan holding Scooby in his arms. She posted a heart GIF along with the ‘paw'dorable photo on her Instagram Stories. Take a look at the picture here -

Shanaya Kapoor is all set to make her Bollywood debut and will be launched by Karan Johar's Dharma Productions. She worked as an assistant director on the Netflix release Gunjan Saxena: The Kargil Girl, which featured her cousin, actress Janhvi Kapoor in the titular role. Shanaya announced the news of her debut via an Instagram post in the month of March.  "Woke up today with the most grateful heart! Here's to a great journey ahead with the Dharma Cornerstone Agency family. Excited to kickstart my first film (ahh!) this July by Dharma Productions, can't wait for you all to see what we're up to! Stay tuned!" it read.

Meanwhile, Maheep Kapoor will be seen in the second season of Fabulous Lives of Bollywood Wives, along with Neelam Kothari, Seema Khan and Bhavana Pandey.