Kabir Singh is a remake of Arjun Reddy 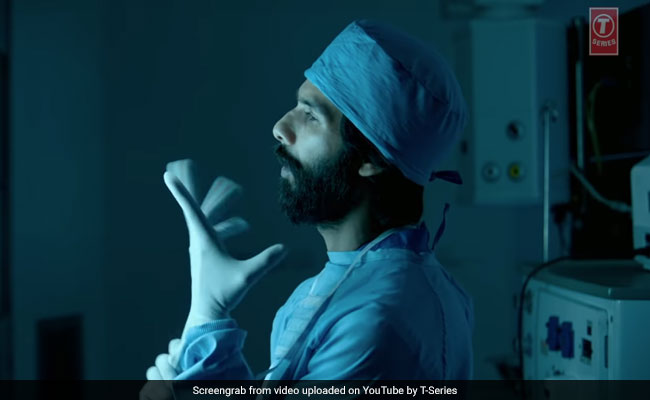 The teaser of Shahid Kapoor's Kabir Singh hit the Internet on Monday afternoon and it went insanely viral in no time. Just like us, Bollywood stars also loved the teaser (but more about that later). Another star that loved the teaser was none other than Arjun Reddy actor Vijay Deverakonda. The actor, who played the lead role in 2017's Telugu film wrote: "Sending my love and best wishes to my men Sandeep Reddy Vanga, Shahid Kapoor and the lady Kiara Advani." Kabir Singh is a remake of Arjun Reddy.

Kabir Singh!
Sending my love and best wishes to my men @imvangasandeep, @ShahidKapoor & the lady @Advani_Kiara.https://t.co/8SI4bcwDRP

The list of fans also included Karan Johar, Sidharth Malhotra and Dino Morea. Filmmaker Karan Johar, who was among the first celebrities to share the film's teaser, praised film's lead actors Shahid Kapoor and Kiara Advani in his tweet and wrote: "Super teaser Shahid Kapoor, owning it and how! Well done Kiara Advani, can't wait to see the two of you light up the screen."

The teaser of Kabir Singh is going crazy viral and the 3 million views on YouTube prove that. Meanwhile take a look at the teaser here:

Kabir Singh is a remake of the 2017 Telugu film Arjun Reddy. In the film actress Shalini Pandey played Vijay Deverakonda's love interest, while in Kabir Singh, Kiara Advani will be playing that role.