Mira Rajput shared a couple of pictures on her Instagram story 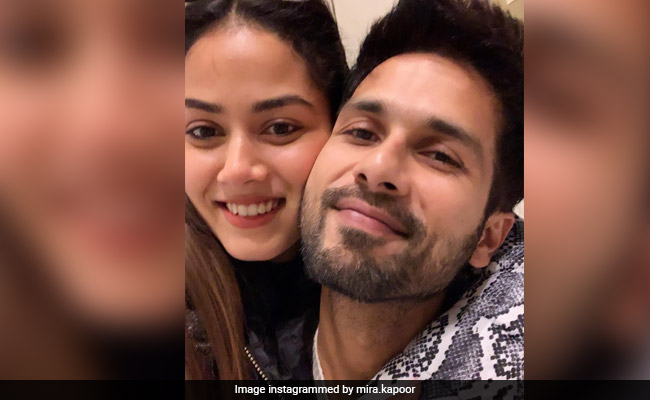 On Saturday, Shahid Kapoor treated his wife Mira Rajput to some delicious pancakes and we got a glimpse of the feast on their social media profiles. Mira, 25, uploaded a couple of pictures on her Instagram story. Starting with a photograph of her feet kept on the table, which she captioned, "Waiting while the husband cooks me some pancakes." She used the hashtags "The good life" and "Tables might turn" on this post. An hour later, Mira Rajput shared a "success" picture on her social media account. Sharing a picture of the pancakes topped with strawberries, she wrote, "Success! I'm glad I put my feet up so he can step into my shoes." Shahid Kapoor posted the same picture on his Instagram story and said, "She actually ate it." We know what you are thinking - couple goals, right? Take a look at these pictures: 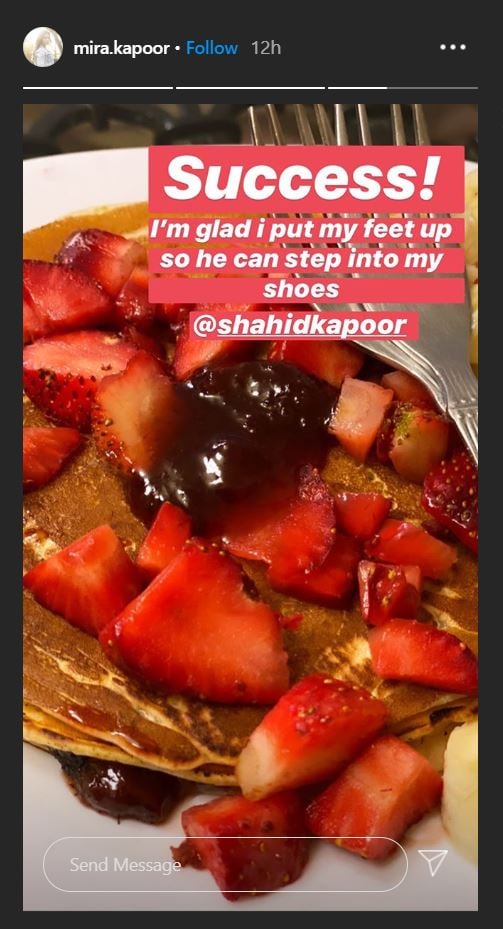 This is not the first time they are setting couple goals. On Holi, Mira got Shahid Kapoor's initials - SK - written on her neck with gulaal along with a heart symbol. The photo went viral on the Internet. The couple featured in the headlines last month for a loved-up comment that Shahid left on Mira's post.

Mira Rajput and Shahid Kapoor got married in July 2015. The couple are parents to a daughter named Misha and a son named Zain. On the work front, Shahid was last seen in the 2019 super hit film Kabir Singh, co-starring Kiara Advani. The 39-year-old actor will next be seen in Jersey, a Hindi remake of the Telugu film of the same name.