ICYMI: Shahid Kapoor's Comment Is As Warm And Fuzzy As Wife Mira's Pic Of Them 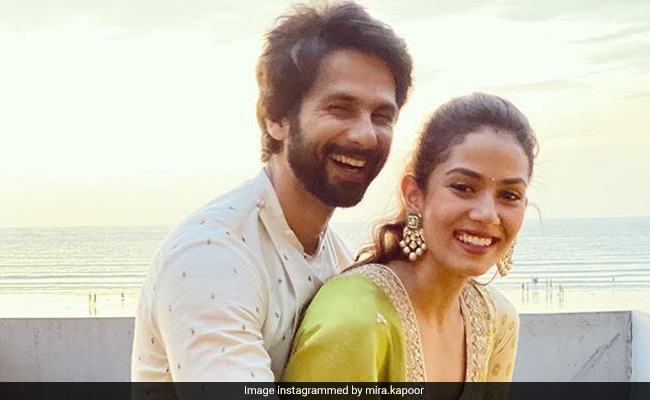 You may have witnessed Shahid Kapoor and Mira Rajput's PDA on Instagram but have you seen the actor's loved-up comment on his wife's latest post? It's too adorable. Shahid celebrated his 39th birthday with his family and friends in Chandigarh on Tuesday and later in the evening, Mira Rajput shared a blurry picture of the two of them from the celebrations with a heart emoticon in the caption. An hour later, Shahid Kapoor dropped a heartfelt comment on her post, in which he expressed his feeling for her out loud. Shahid wrote that contrary to the blurry picture, it is very clear in his heart that he's incomplete without Mira. If this doesn't melt your heart, we don't know what will.

"This blurred moment is quite the juxtaposition to the clarity I have in my heart about being so incomplete without you," read Shahid's comment.

And here's what Shahid commented:

Pictures from Shahid Kapoor's birthday party have been trending incessantly on social media. In one of the photos, Shahid could be seen cutting his birthday cake with his wife and father Pankaj Kapur standing by his side while in another, Mira Rajput could be seen feeding Shahid a piece of cake. The pictures have been shared by a fan page dedicated to the actor.

On Tuesday, Mira wished the love of her life like this: 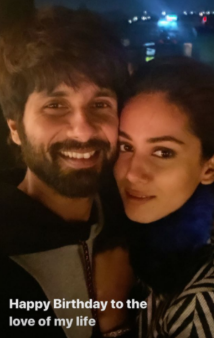 Shahid Kapoor and Mira Rajput got married in July 2015 and Misha, their first child, was born the following year. Shahid and Mira welcomed their second child Zain in September, 2018.

On the work front, Shahid Kapoor's next release is Jersey, a Hindi remake of the Telugu film of the same name. The film will also feature his father Pankaj Kapur.