Shahid Kapoor Defends Kabir Singh After Weeks Of Silence: 'We Want You To Feel He Is Unacceptable'

"The reason I didn't do an interview is because I felt everyone was very aggressive," said Shahid Kapoor 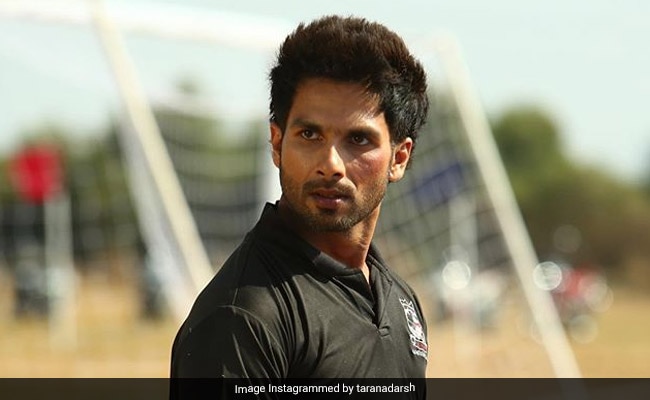 Kabir Singh actor Shahid Kapoor responded to the strong criticism that the Sandeep Reddy Vanga-directed film was subjected to in a recent interview with Bollywood Hungama journalist Faridoon Shahryar and began by saying it was "hypocritical" that a rogue character like Kabir Singh gets accepted by the Indian audience in Hollywood films but not in Bollywood. Kabir Singh, when it released on June 21, was panned by critics for promoting misogyny and advocating toxic masculinity through the protagonist's violent and sexist take on love. The film's director was slammed for a certain controversial interview, in which he said love means the liberty to slap each other, in his attempt to defend the film.

Shahid Kapoor, who co-stars with Kiara Advani in Kabir Singh, said in his interview: "If Kabir hadn't slapped Preeti (Kiara Advani's character), would everything else that he did be okay? Because he slapped the girl, you feel that is unacceptable and that Kabir Singh is an unacceptable character. We want you to feel this is unacceptable, his behaviour has gone beyond control." The 38-year-old actor also explained: "Kabir Singh is the guy who the film is about and he is the guy who's the problem" - the "protagonist" and "antagonist" of the movie.

"It's interesting to see people, who make weekend conversation over it, seem to feel so much more of a sense of ownership on the film than those people who actually spent a year making it," Shahid Kapoor added.

Meanwhile, Kabir Singh is now 2019's highest earning Bollywood film and has raked in as much as over Rs 270 crore in a month's time. Talking about audience's reaction to the movie, Shahid said: "The film got attacked by certain people in a very strong manner and on the other hand it got loved by the audience" and added: "This is the first time reviewers have been reviewed by the audience."

Earlier this month, Sandeep Reddy Vanga aggravated the situation by telling film critic and interviewer Anupama Chopra in an interview for Film Companion that: "If you don't have the liberty of slapping each other, then I don't see anything there. If you can't slap, if you can't touch your woman wherever you want, if you can't kiss, I don't see emotion there." His comments were in reference to a particular scene featuring Shahid and Kiara slapping each other. Incinerated by angry netizens for his comments, Sandeep later told Deccan Chronicle that: "The content was edited in a very wrong way so that a section of women got another chance to attack me. But I was trying to explain my protagonist's mindset. Violence may be his way of expressing love. It's not mine."