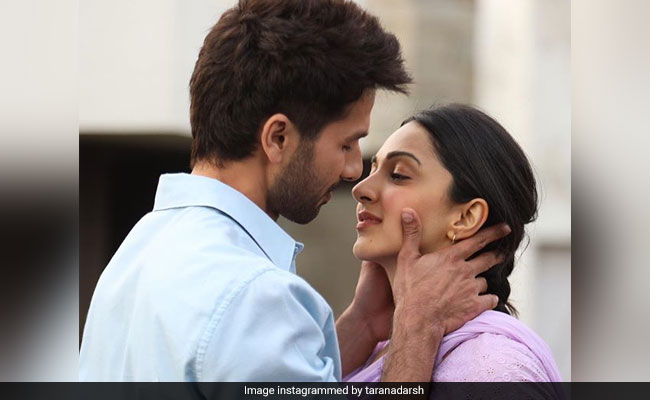 Shahid and Kiara in a still from Kabir Singh (courtesy taranadarsh)

Kabir Singh director Sandeep Reddy Vanga has stoked the flames of controversy over his film by defending its misogynistic male lead in a recent interview with journalist and film critic Anupama Chopra. Mr Vanga was responding to critics panning his film as a glorification of toxic masculinity, saying: "When you are deeply in love and deeply connected with a woman, and vice versa, there's a lot of honesty in it. If you don't have that physical demonstration... you don't have the liberty of slapping each other, then I don't see anything there." Kabir Singh, the Hindi remake of Telugu blockbuster Arjun Reddy, contains a scene - only one of many problematic scenes - in which the titular male character slaps his girlfriend, a woman who is depicted as submissive and without any kind of agency. Kabir Singh has been called out by film critics and others for normalising a violent protagonist. "Part of criticism happened in Arjun Reddy also but this was a little bizarre," Mr Vanga added.

Addressing those who slammed his movie for showing Kabir Singh as a self-destructive arrogant character and his girlfriend Preeti, played by Kiara Advani, as a doormat, Arjun Reddy Vanga told Anupama Chopra that his critics "were never in love" or "they never experienced it in the right way." About the slapping scenes, Mr Vanga said: "She slapped him without a reason. At least Kabir had a reason to slap her. If you can't slap, if you can't touch your woman wherever you want, if you can't kiss, I don't see emotion there."

The Film Companion interview released on Saturday, was shared by both Shahid Kapoor and Anupama Chopra, whose feeds were flooded with angry tweets, which basically sum up this emotion: "His misogyny is so engrained, makes me sick." Another infuriated user, who protested against Mr Vanga's comments, wrote: "Sandeep Reddy Vanga, either you are terribly sick or you are laughing at us." Earlier, while Kabir Singh was incinerated by industry critics, stars carefully avoided sharing their reviews of the film but Mr Vanga's recent comments prompted celebs such as south actress Samantha Ruth Prabhu and badminton champ Jwala Gutta to react. 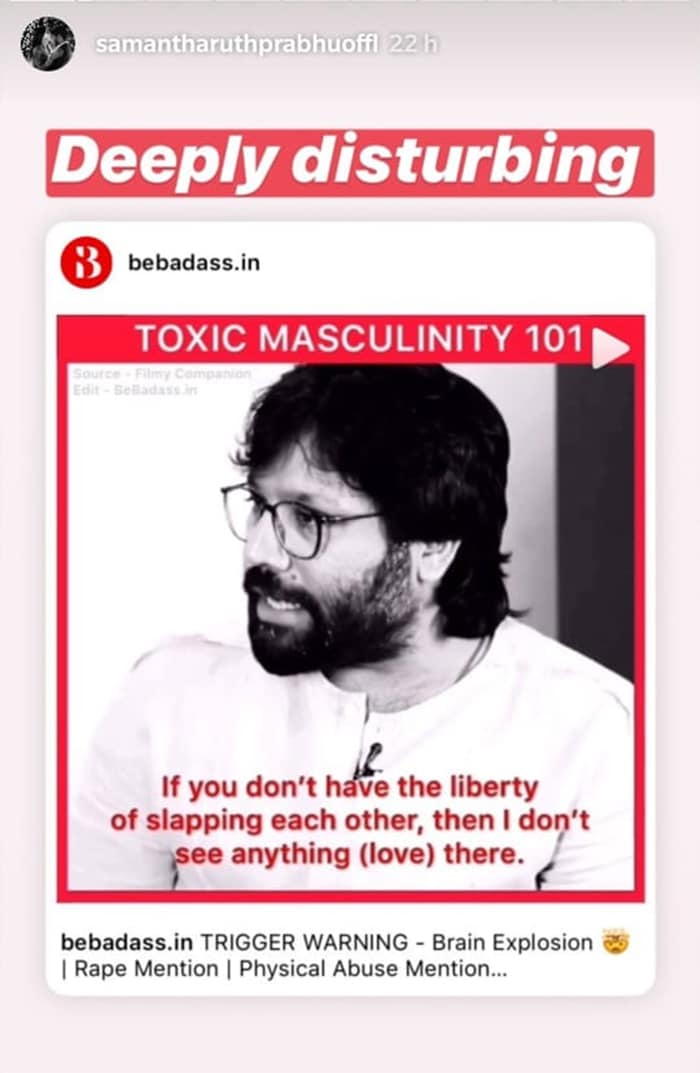 Movie was a movie...but justifying physical abuse?? If u love someone u have the right to slap? Gosh...this guy needs to be shown all the love without physical hurt!! Pathetic!!

His misogyny is so engrained, makes me sick.

this monster should be boycotted by the industry

@imvangasandeep either you are terribly sick or you are laughing at us: you are saying all this to enrage us after your film is raking in big cash. In both cases you are deplorable like so many other film-makers. I am glad people like you are coming out in the open. thank you

Vanga (& @shahidkapoor ?): It is love to claim ownership...No love unless people hit each other... This a male domination version of "love".

Love is not wanting to hurt the other, but to do the best by them. It involves respect for autonomy as well as togetherness. Full stop.

Some users reminded Shahid Kapoor that by sharing the interview, he was promoting exactly what he was trolled for: "I hope you know what you're promoting, Shahid. Please watch the interview before sharing it."

i hope you know what you're promoting shahid. please watch the interview before sharing it.

Are you being sarcastic, Shahid? Otherwise, you would have written - for all those who want to know the 'sick mind' behind this film...

Meanwhile, Kangana Ranaut's sister Rangoli Chandel, who is very vocal on industry happenings, appears to be single-handedly rooting for Kabir Singh and it's director.

(Contd).... I urge all outsiders to protect @imvangasandeep sir, He is no different than @ZoyaAkhtarOff so no step motherly treatment for him please

Despite the scathing reviews Kabir Singh opened to, the film continues to have a glorious run at the box office with as many as Rs 225 crore in 16 days.