Mr Reddy said he was only trying to explain how his protagonist's mind worked and that Film Companion 'cut out portions of (his) comments.' 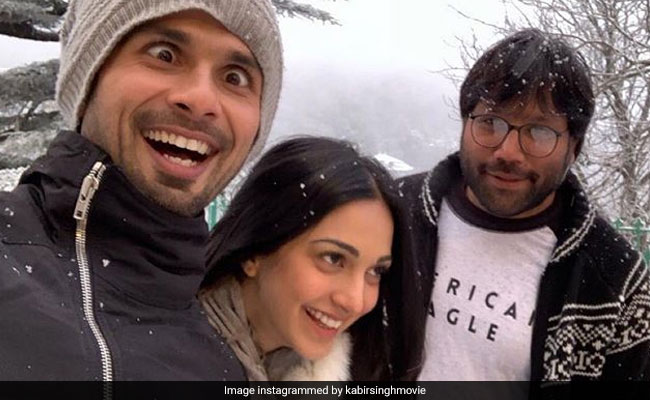 Kabir Singh director Sandeep Vanga Reddy now claims his controversial interview to Film Companion in which he said love means the liberty to slap each other was 'edited in a very wrong way so that a section of women got another chance to attack me' - no doubt the same section of women who are among those calling out Kabir Singh's extreme misogyny and whom Mr Reddy dismissed in his interview as people who had never been in love. Speaking to Deccan Chronicle, Mr Reddy said he was only trying to explain how his protagonist's mind worked and that Film Companion 'cut out portions of (his) comments.' Sandeep Vanga Reddy has been pilloried recently for defending and perpetuating his film which presents a violent and sexist version of love.

As headlines and think pieces about his original interview pile up, Sandeep Vanga Reddy told Deccan Chronicle: "I had to say what I had to say. And then they cut out portions of my comments. Now people don't know what I said before and after those comments. The content was edited in a very wrong way so that a section of women got another chance to attack me. But I was trying to explain my protagonist's mindset. Violence may be his way of expressing love. It's not mine."

Possibly the most controversial of Mr Reddy's extremely controversial remarks made to film critic Anupama Chopra for Film Companion was on the subject of scenes in Kabir Singh showing the titular hero and his meek love interest, played by Shahid Kapoor and Kiara Advani, slapping each other. "If you don't have the liberty of slapping each other, then I don't see anything there," Mr Reddy said, adding, "If you can't slap, if you can't touch your woman wherever you want, if you can't kiss, I don't see emotion there."

Speaking to Deccan Chronicle, Sandeep Vanga Reddy attempted damage control. "I never said one "needs" to slap. All I meant was, one needs to be fully honest in a committed relationship. And that honesty can take a violent form. And why is only Kabir slapping his girlfriend being talked about? What about the fact that she too slaps him back? It works both ways. How they express their love is their choice. Why are some people judging them? And judging me for the way the character's behaviour? My point is, in a true relationship the emotions can get raw and violent," he said. A clarification that's hardly going to soothe those disturbed by Mr Reddy's earlier comments.

Film critics have almost unanimously savaged Kabir Singh, the story of an extreme personality driven deeper into a spiral by a failed romance, in their reviews for normalising, even glorifying violence and toxic masculinity. Despite the film's problematic content, however, it has snuffed out competition at the box office, soaring to stratospheric heights. At last count, it had made almost Rs 240 crore in a little over two weeks, inching closer to the lifetime collection of this year's biggest film so far, Uri: The Surgical Strike.