Shah Rukh Khan's film with Aanand L Rai is finally titled Zero. The announcement was made by SRK and team Zero on January 1 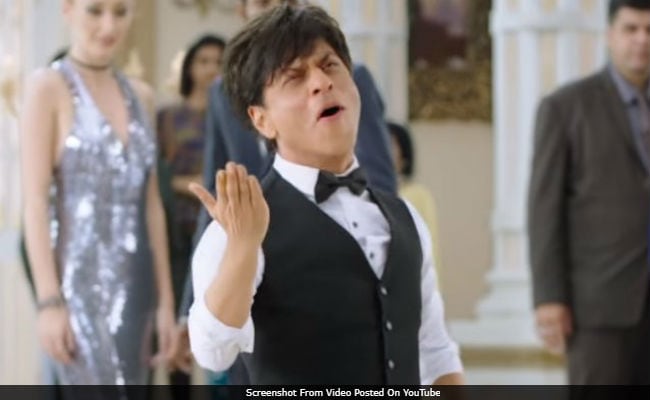 New Delhi: Shah Rukh Khan's much-anticipated film with Aanand L Rai is finally titled Zero. The announcement was made by SRK and team Zero on January 1. In Zero, SRK plays a dwarf and VFX plays a major role in the film. Of the film's title and the release date, Aanand L Rai told Mumbai Mirror, "You can touch infinity even when you are zero, like Khan saab's (Shah Rukh Khan) character. December is a month when we celebrate life and what better time for a boy who celebrates that he is physically incomplete and in his incompleteness completes others as he travels from Meerut to New York. There is a beauty in incompleteness we are celebrating."

In a career spanning for over 25 years, SRK has never played the character of a dwarf. Mr Rai revealed why he chose the superstar to play the role. "I needed a big star and even if you cut two feet away from Khan saab, he'd still stand tall. Also, this story has a wide reach and he will take it to the world," he said.

For SRK's look, the makers of Zero have used advanced technology inspired from Hollywood films. However, Aanand L Rai said that despite the film being VFX heavy, SRK made it 'fun.'

Here's the first teaser of Zero.

Zero casts Anushka Sharma and Katrina Kaif with SRK. This is the trio's second collaboration after 2012's Jab Tak Hai Jaan. "I took Katrina and Anushka not because they are big names but because they fit the characters. I know people think I want to get into a different league but when they see the film they will realise it's still about casting and not set-up. I may be on a new pitch, playing new shots, but I'm still true to my roots and original in my storytelling," Mr Rai told Mumbai Mirror.

On being asked about if Zero will be a game-changer, Aanand L Rai said, "That's a word I would like to hear from someone else, not from my own lips. But what I can promise is some take-away, people will discuss it long after it's over."

For Bollywood, Zero is already a 'winner' and Twitter too has the same opinion.

After watching the teaser, I have only one thing in my mind: maybe SRK wants to challenge himself by accepting such difficult and different roles. #Respect#2ZERO18