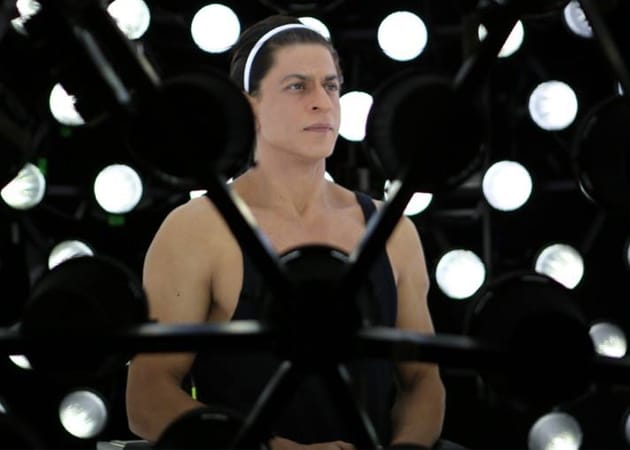 Bollywood star Shah Rukh Khan is reveling in the success of his latest film Happy New Year, but that has not deterred him from working on his other projects. The actor was recently at the CounterPunch Studios in Los Angeles for his digital 3D face scanning for Maneesh Sharma's film Fan.

The official Facebook page of the film shared the images of Shah Rukh Khan during the scanning session which he underwent while he was there for the promotions of Happy New Year. The actor took out two days from the promotions schedule for the work.

The Facebook page further quoted the statement of the scanning facility at CounterPunch Studios: He (Shah Rukh Khan) has a curiosity for technology and groundbreaking processes, and was very hands on during the shoot. It is clear that he takes his craft very seriously and works rigorously to perfect it for each and every film. Our team feels very fortunate to have had the opportunity to meet such a legend in the Bollywood community.

Fan, produced by the Yash Raj Films is slated to release on August 14, 2015. The first schedule of the film is over and the second schedule will employ special effects. In the film, the 48-year-old actor will be seen as a fan himself. The film's lead actress is yet to be finalised.