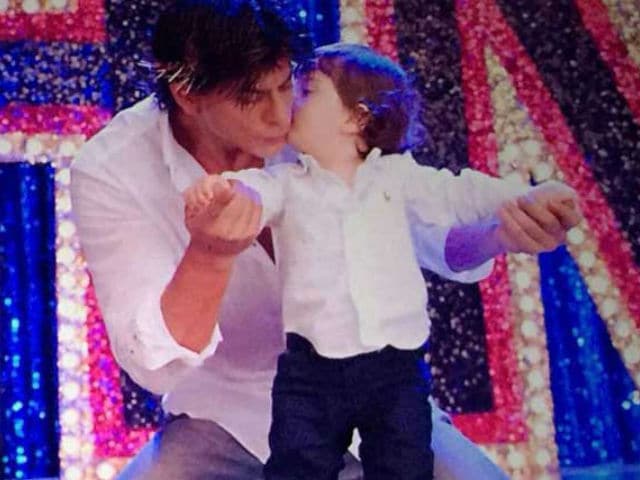 SRK and AbRam in a still from Happy New Year

New Delhi: Actor Shah Rukh Khan's son AbRam, whose life is being tweet-documented almost by his famous father, assumes an epic pout in a photo posted on Monday morning. (Also Read: Shah Rukh, Salman Dance For Each Other in Khan Double Whammy Dubsmash)

SRK put out this picture of his two-year-old and good friend Karan Johar, who you can barely see here.

Before the #DILWALE mania begins! Here is the latest pouting DILWALA!!! #AbramKhan@iamsrkpic.twitter.com/DWr9gavMjj

AbRam, who has an unfair advantage with his Khan genes, plainly out-pouts KJo.