"Boys and girls, I do a film when I say I am doing it," wrote Shah Rukh Khan 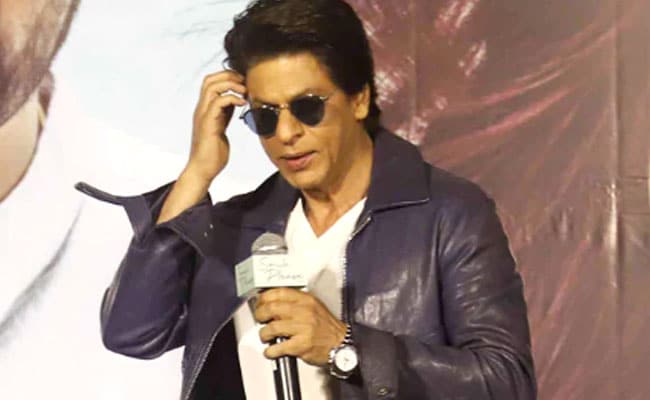 Shah Rukh Khan was photographed at an event in Mumbai.

Shah Rukh Khan dismissed rumours about signing a new film with Bharat director Ali Abbas Zafar on social media and cleared that he has not signed any such film so far and will announce whenever he does. Denying the rumours, Shah Rukh Khan on Sunday tweeted: "It's always nice to know that in my absence and behind my back, I have surreptitiously signed so many films that even I am not aware of! Boys and girls, I do a film when I say I am doing it... Otherwise it's just post truth." The rumours about new project surfaced on the Internet after several publications such as Pinkvilla,Time Of India and FilmiBeat stated in their reports that Shah Rukh Khan has "signed a big action film, which will be directed by Ali Abbas Zafar."

Pinkvilla had also quoted a source as saying: "Shah Rukh wanted to take up an action-oriented subject as his next and he's finally got the perfect script. The film is going to be mounted on a giant scale and will be one of the biggest films to hit screens in 2020. Ali had this idea and bounced it off to Shah Rukh Khan."

However, with his latest tweet, Shah Rukh Khan has set the matters straight. Take a look:

It's always nice to know that in my absence & behind my back , I have surreptitiously signed so many films that even I am not aware of!! Boys & girls I do a film when I say I am doing it....otherwise it's just post truth.

Shah Rukh Khan was last seen in Zero, in which he shared screen space with Anushka Sharma and Katrina Kaif. However, the film didn't perform well at the box office. Since then, Shah Rukh Khan has not signed any film. He is prepping for his upcoming production projects including Bard Of Blood with Emraan Hashmi,  Betaal and Class Of '83, featuring Bobby Deol.