"Initially, we were joking about how Emraan's image is going to turn a serial kisser to a serious kicker. Emraan is a tough guy," Shah Rukh said 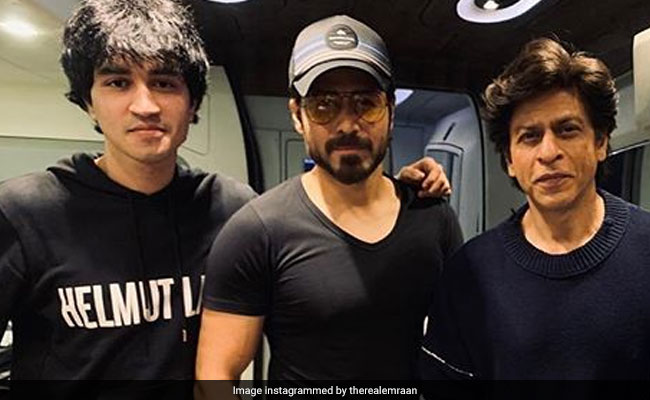 Shah Rukh Khan, who enjoys a reputation for his sense of humour, recently jokingly said in a statement that Netflix series Bard Of Blood will help actor Emraan Hashmi transform his image from "serial kisser" to "serial killer", reported PTI. "Initially, we were joking about how Emraan's image is going to turn a serial kisser to a serious kicker. Emraan is a tough guy," Shah Rukh said in a statement. Netflix crime series Bard Of Blood is produced by Shah Rukh's Red Chillies Entertainment, the label's first Netflix production. Bard Of Blood is based on author Bilal Siddiqui's book of the same name.

Talking about Emraan Hashmi's character in Bard Of Blood, Shah Rukh added: "Kabir Anand's character is that of someone who is not in-your-face tough, but has a macho personality and works with his mind plus there is a physical ability of an action hero and I think that mix perfectly fits Emraan."

Bard Of Blood is the story of how Indian spy Kabir Anand, who goes by the code name Adonis, embarks on a dangerous mission of rescuing Indian special agents held captive in Pakistan. Sobhita Dhulipala features as analyst Esha Sengupta while Vineet Kumar plays the role of a special agent. Jaideep Ahlawat of Raazi fame is Emraan Hashmi's nemesis in Bard Of Blood.

Bard Of Blood will be released as a seven episode mini-series on Netflix September 27 onwards. The edge-of-your seat spy thriller is directed by Ribhi Dasgupta, who helmed the critically acclaimed TE3N.