Shah Rukh Khan On 25 Years In Bollywood: Must Have Done Something Right 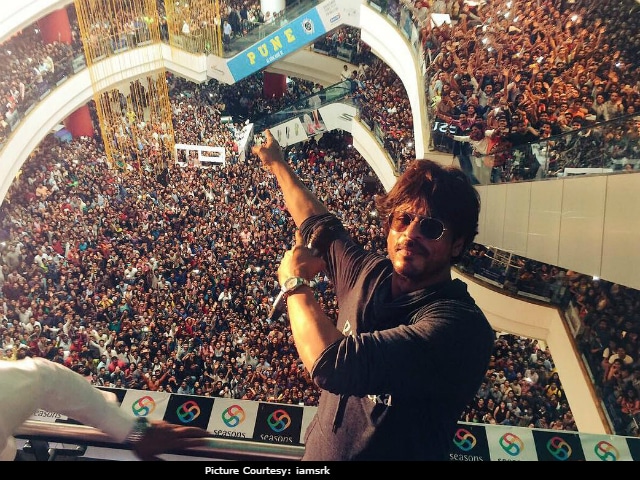 New Delhi: Superstar Shah Rukh Khan, who began his acting career in 1988 with a TV serial Fauji on Doordarshan and made his Bollywood debut with 1992's Deewana, has completed his 25 years in Bollywood this year. Reminiscing about his success, Shah Rukh, who was last seen in Raees, told his fans and followers on Twitter that he feels he "must have done something right." Shah Rukh's tweet reads: "25 years in Mumbai, which have given me my life. For the first time at the opening of RC VFX new office. I felt, I must have done something right." He also announced through his tweet that he has inaugurated the first VFX unit of his production company Red Chillies Entertainment.

25 yrs in Mumbai, which has given me my life. For the 1st time at the opening of RC vfx new office I felt, I must have done something rite.

Promoted
Listen to the latest songs, only on JioSaavn.com
With his outstanding performances and acting skills, Shah Rukh started being referred as 'Bollywood Baadshah' and 'King Khan.' Not just as a hero, he also made his villainous roles equally famous in films like Darr, Baazigar and Anjaam. Shah Rukh's signature pose got so poular that he was also labeled as one of the best romantic actors in the Bollywood. His bundle of romantic movies includes Dilwale Dulhania Le Jayenge, Dil To Pagal Hai, Kuch Kuch Hota Hai, Mohabbatein and Kabhi Khushi Kabhie Gham.

Shah Rukh, who is currently shooting for for Imtiaz Ali's yet-untitled film, opposite actress Anushka Sharma, has appeared in more than 80 Bollywood films, and earned numerous accolades, including 14 Filmfare Awards.