Shah Rukh Khan Is 'Smarter Than Before,' After TED Talks 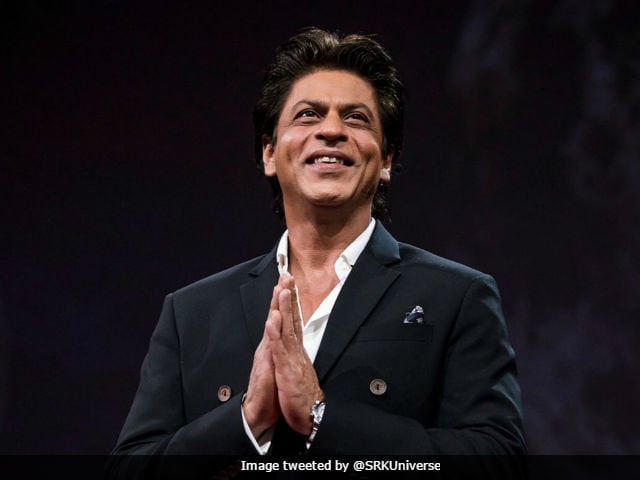 New Delhi: Superstar Shah Rukh Khan recently delivered a stirring speech at TED Talks and in his new Instagram post, the 51-year-old actor said that the experience made him "smarter than before." Shah Rukh asked, "Is that even possible?" We say, when it's about Shah Rukh Khan, anything's possible. Shah Rukh Khan (the first Indian actor) was invited to Vancouver for TED Talks 2017. Shah Rukh talked about being labeled 'King of Romance' in India and how the Internet era has changed him as an actor and the world around him. Shah Rukh, on popular demand, also dance to Lungi Dance (from Chennai Express). Shah Rukh's quote - 'humanity is like an ageing movie star' - earned stupendous applause and as it was expected, snippets from the event went viral.

Here's the picture of Shah Rukh Khan showing the 'after effects of TED Talks':

The TED talks after effect...Smarter than before..Is that even possible???

Shah Rukh Khan's popularity knows now bounds and the fanfare at the Vancouver convention centre where Shah Rukh gave the speech reiterated it. AFP reported that fans were waiting outside the centre and pressed against windows to watch the live stream on TV screens.

Here are some snippets from TED Talks 2017 in Vancouver:

King Khan's entry at #TED2017 received with a huge applause from the audience! #SRKLiveAtTEDTalkspic.twitter.com/sRv2FzBkwE

Promoted
Listen to the latest songs, only on JioSaavn.com
Shah Rukh, last seen in January release Raees, will host the Indian version of the event, titled TED Talks India: Nayi Soch in India. Shah Rukh Khan is currently filming Imtiaz Ali's yet-untitled film with Anushka Sharma. He has also signed up for Aanand L Rai's project in which he plays the role of a dwarf.