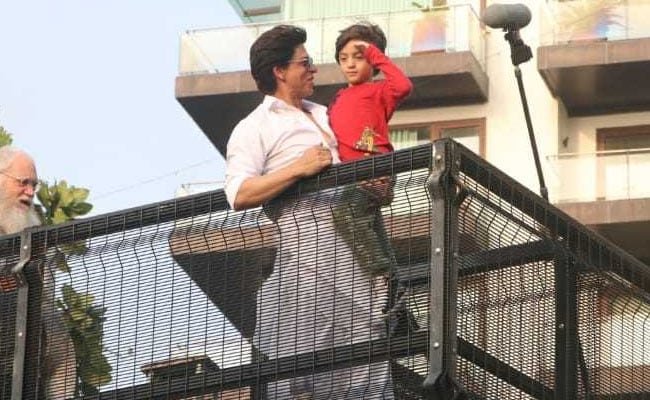 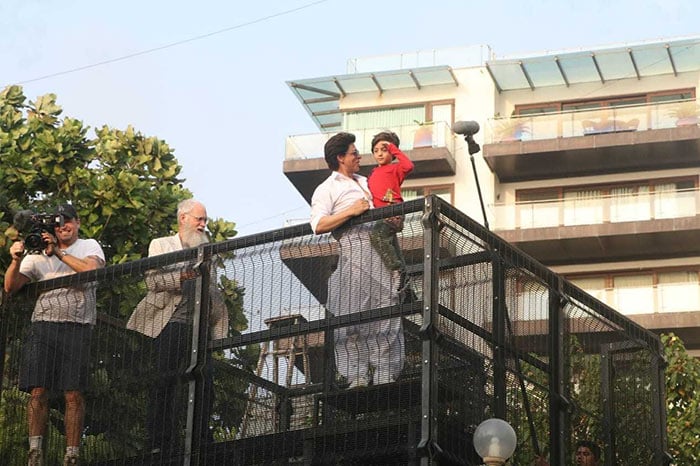 Here is the very famous pose of the superstar: 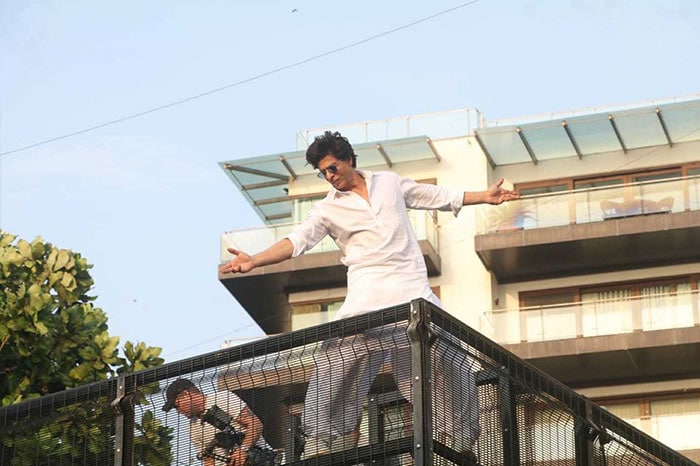 Here are some more pictures of the Kuch Kuch Hota Hai star: 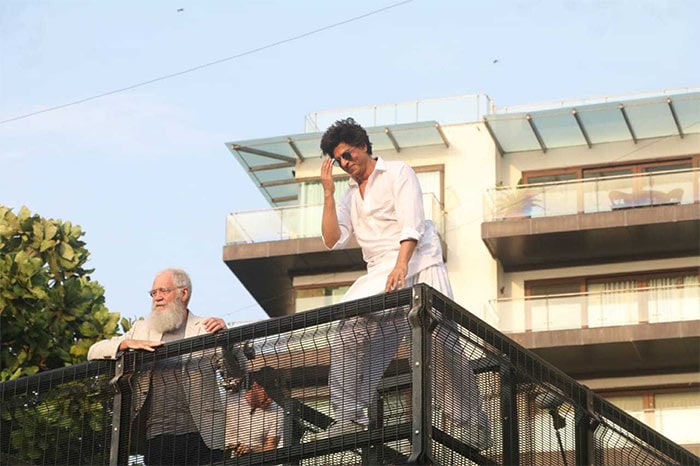 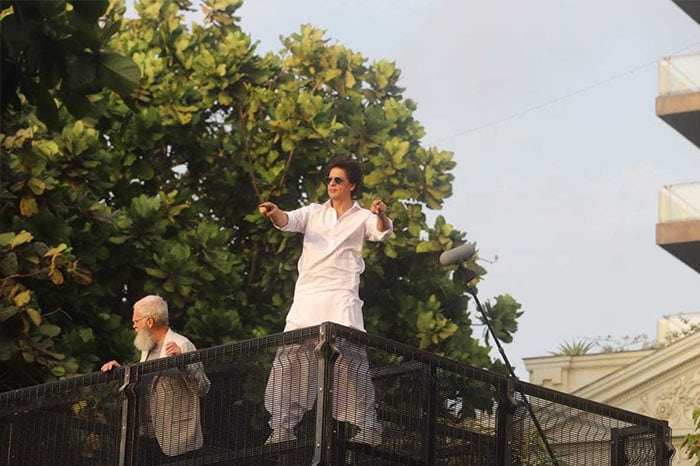 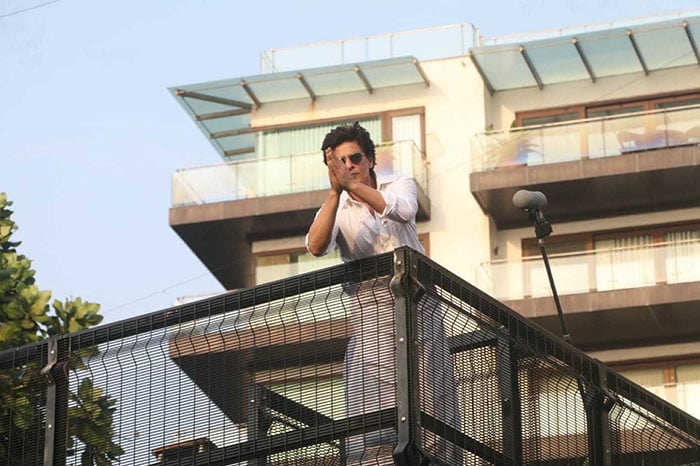 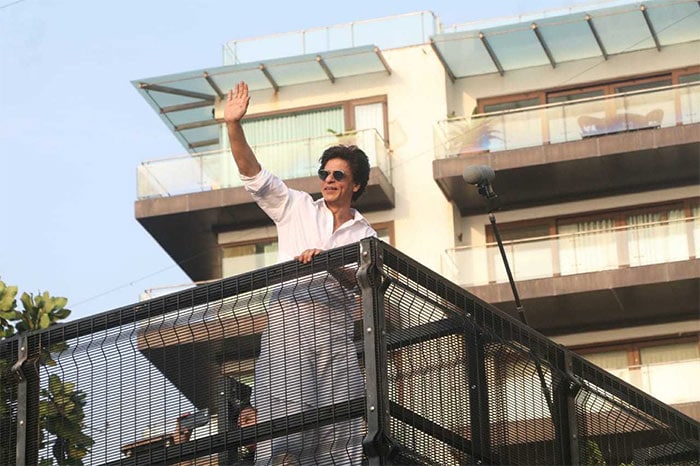 Meanwhile, Shah Rukh Khan also shared a video on his Instagram which he shot from his balcony. In the video, we can see the mass that gathered outside his house to greet him on Eid. The actor also thanked his fans, who visited him. Sharing the video, Shah Rukh Khan wrote: "Thank you all for spending your Eid with me. May God bless you all with health and happiness. Eid Mubarak."

Thank u all for spending your Eid with me... May God bless u all with health and happiness. #EidMubarak

On the work front, Shah Rukh Khan was last seen in the film Zero, which also featured Katrina Kaif and Anushka Sharma. The film is directed by Aanand L Rai. His upcoming project yet to be announced.