Shah Rukh, Alia and Parineeti: One Picture Many Views 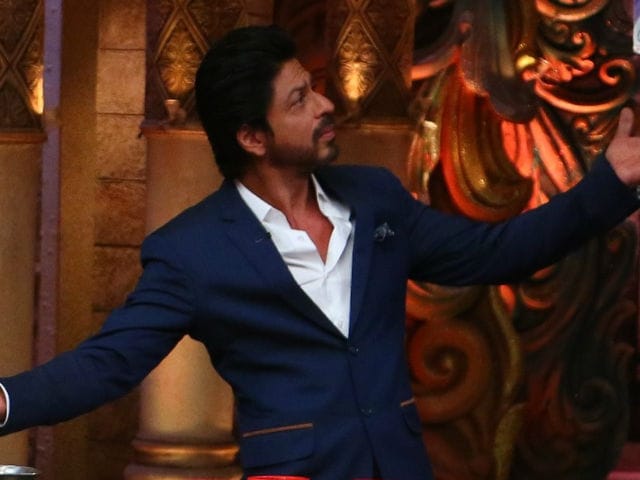 Alia, whose first look poster from upcoming film Udta Punjab scored high on the swag-meter, explained why everyone is focusing up:

Parineeti explained why Shah Rukh got the attention when his toddler AbRam was in the house:

AbRam's asleep. So have to shower all the love here :) THE MAN! @iamsrk@aliaa08pic.twitter.com/H0SN922l7O

Of the film Parineeti tweeted:

The MOST AMAZING FILM of my life!! Cannot describe in words. GENIUSS!! leaves you speechless when it finishes #Fan

SRK IS FAN, AND FAN IS SRK. He becomes Gaurav, Aryan and you forget SRK! But its him :) Surreal experience !!! @iamsrk#Fan

Shah Rukh's latest film Fan has won over critics and audience alike. But the story doesn't end here for SRK, whose next film Raees will release later this year. According to recent reports, the Rahul Dholakia-directed film will release on Diwali instead of Eid to avoid a clash with Salman Khan's Sultan, which is backed by Yash Raj Films, the producers for Fan.

Instead, Raees will now battle for box office numbers with Ajay Devgn's Shivaay.

Other than that, Shah Rukh also has a film with Alia Bhatt, which is directed by Gauri Shinde in the pipeline. (Also Read: Shah Rukh Had 'Too Much Fun' Filming With Alia Bhatt. Here's Proof)

Parineeti, who was last seen onscreen in 2014 in the film Kill Dil, will next be seen in the upcoming film Meri Pyaari Bindu. The actress has locked in a few projects but hasn't divulged the details. (Also Read: Parineeti Has 'Decided' Her Upcoming Films But Won't Reveal Details)