"I used to laughingly say that 'I'm being paid for sitting behind Kartik Aaryan on a bike," said Sara Ali Khan 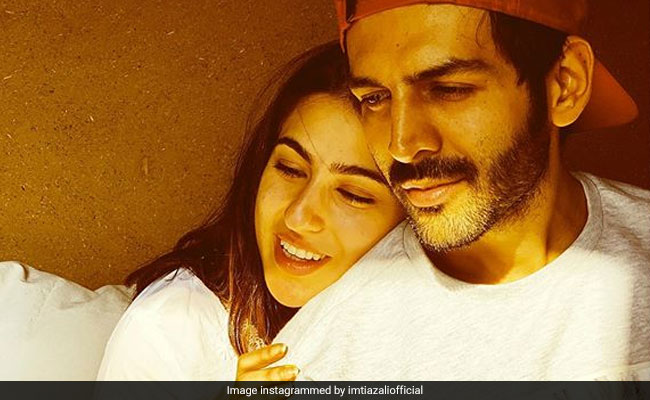 Sara Ali Khan loves to talk and we love to listen. In one such instance during a backstage interview at the FDCI India Couture Week, Sara was asked about her experience of shooting Love Aaj Kal 2 with Kartik Aaryan. Recollecting her Love Aaj Kal 2 days, Sara shared what she jokingly used to say about working with Kartik. "Every day on the set was a fun memory. I don't think I can pick any one of them. There were moments when I was like 'Oh I am actually working!' because the AD would come and be like 'Your shot is ready' and I'd be like 'Oh ohk, I'm here on a job.' I used to laughingly say that 'I'm being paid for sitting behind Kartik Aaryan on a bike. I mean... any girl would die to do that, right?" said Sara, hinting at Kartik's huge fan following.

Imtiaz Ali directs Sara and Kartik in their first film together: "I think it was a blast. It was really, really amazing. It was a lot of fun and I already miss being on set. I hope you guys enjoy it," Sara added.

Sara Ali Khan recently made her ramp debut as she walked the runway as showstopper for designer duo Falguni and Shane Peacock in New Delhi. Spotted cheering for her from the front row were Kartik Aaryan and Sara's brother Ibrahim Khan. Speaking to news agency on the sidelines of the fashion show, Sara said: "This was the first time I walked on the ramp and I would be a massive liar if I say I wasn't nervous. I was actually extremely nervous. But I had a lot of fun also."