Sara Ali Khan Tried To Recreate Her Mom Amrita Singh's Pose. So, How Did She Do? 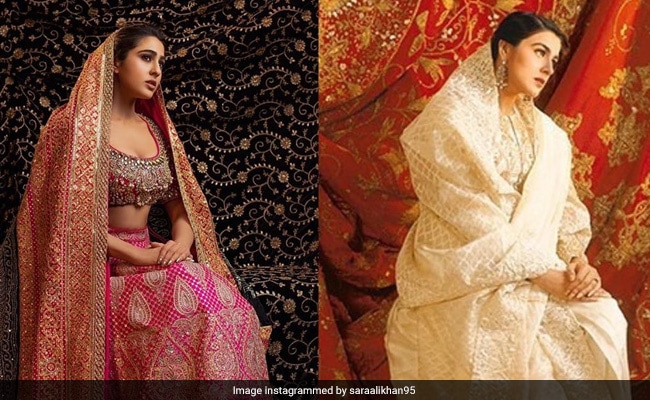 Anybody who has been following actress Sara Ali Khan on social media would agree that the actress' Instagram profile is a sheer delight and her latest post reminds us why. On Monday, the 24-year-old actress shared a stunning picture collage on the photograph-sharing application. The first picture features the Simmba actress, while the latter happens to be a throwback of her mother and actress Amrita Singh. In both the pictures, Sara and Amrita can be seen sitting in a similar fashion, dressed in traditional outfits. "Like mother, like daughter," Sara captioned the post.

In the aforementioned picture, Sara can be seen dressed in an embroidered pink lehenga by Abu Jani and Sandeep Khosla. The actress recently walked the ramp for the designer duo at the Blenders Pride Fashion tour, glimpses from which she shared on her Instagram profile recently. Check it out:

Amrita Singh might be a social media recluse but she frequently features on her daughter's Instagram profile. Take a look at some of the posts here: