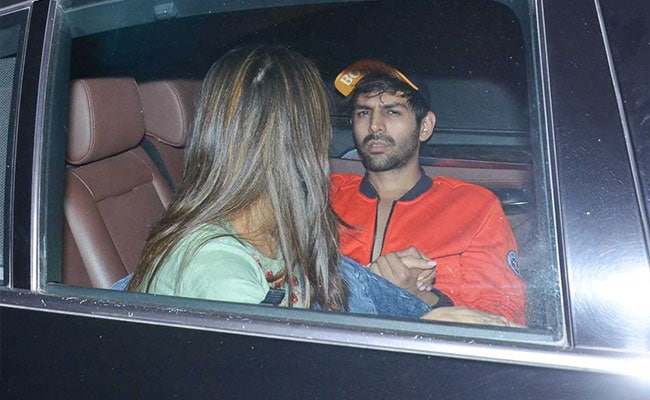 Sara Ali Khan and Kartik Aaryan occupied a spot on the list of trends after the duo were photographed holding hands in a car on Tuesday evening. Flashbulbs popped at Sara and Kartik, who were seen sitting in the car. Dressed in a red t-shirt, blue denims and an orange cap, Kartik was all smiles while Sara was seen hiding her face. Sara Ali Khan and Kartik Aaryan are busy with the shooting of the sequel of Love Aaj Kal, directed by Imtiaz Ali. The film is Sara and Kartik's first collaborative project. See the pictures from last night here: 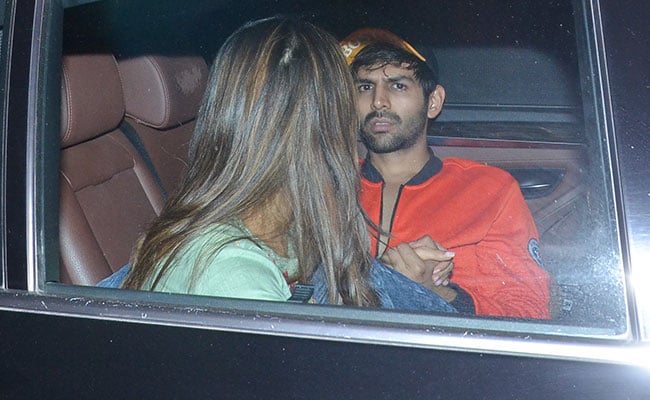 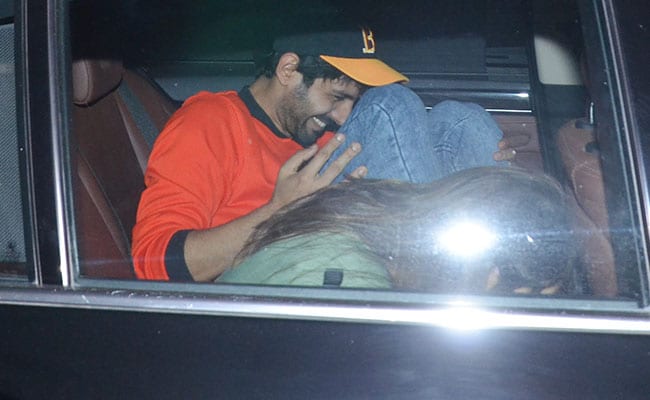 Kartik Aaryan was all smiles. 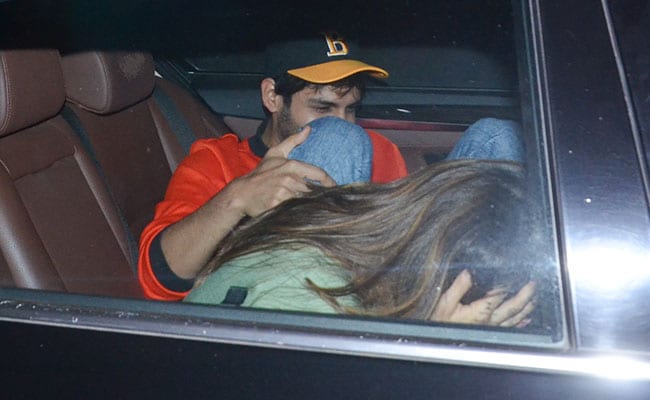 A few weeks ago, Sara Ali Khan and Kartik Aaryan, were spotted together and they laughed as the paparazzi clicked their pictures incessantly. Kartik even shared a picture of himself along with Sara on Instagram. ICYMI, this is what we are talking about:

Kartik Aaryan and Sara Ali Khan announced their association with the untitled Imtiaz Ali project by sharing a special post on their Instagram profiles. Kartik shared a picture and he wrote: "Honored to embark on a journey with Imtiaz Ali's next, the yet untitled film with Sara Ali Khan and Randeep Hooda," Kartik added,"Aur ji haan, issi film ki shooting chalu hai."

Kartik Aaryan and Sara Ali Khan have been featuring in trends ever since Sara confessed on Karan Johar's talk show Koffee With Karan that she would love to date him and he responded saying that he wouldn't mind going out on a coffee date with Sara. Kartik Aaryan's untitled film is scheduled to hit screens on February 14 next year.