Sara Ali Khan and Kartik Aaryan laughed and smiled as the paparazzi clicked their pictures incessantly. 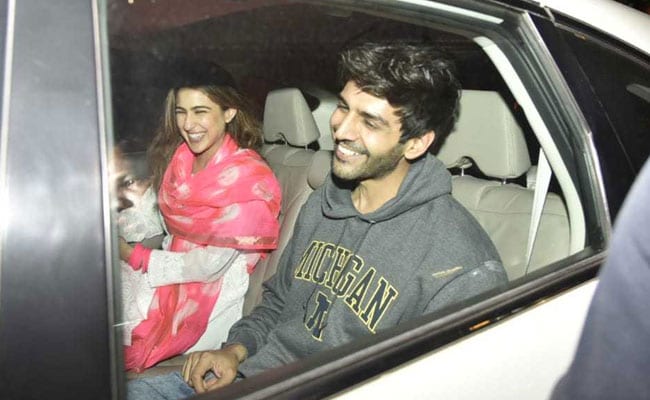 Sara Ali Khan and Kartik Aaryan outside a film studio in Bandra.

Actors Sara Ali Khan, Kartik Aaryan and Randeep Hooda were photographed at a film studio In Bandra post pack-up of their work-in-progress film Love Aaj Kal 2. Parts of the film were shot in New Delhi and now, the actors are filming some scenes in Mumbai. Between the two schedules, Sara Ali Khan took a break and took off for a vacation in New York, from where she posted several post card-worthy pictures but more on that later. On Tuesday, Sara Ali Khan, dressed in a white suit paired with a pink dupatta, was spotted exiting a film studio with Kartik, who was dressed casually in denims and a sweatshirt. Sara and Kartik left together while Randeep Hooda left separately.

Sara Ali Khan and Kartik Aaryan, who are co-starring in a film for the first time, looked absolutely comfortable together. They laughed and smiled as the paparazzi clicked their pictures incessantly.

Here are pictures from the sets of Love Aaj Kal 2: 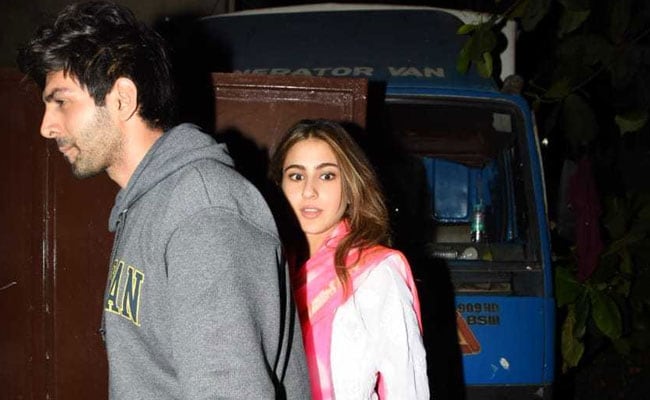 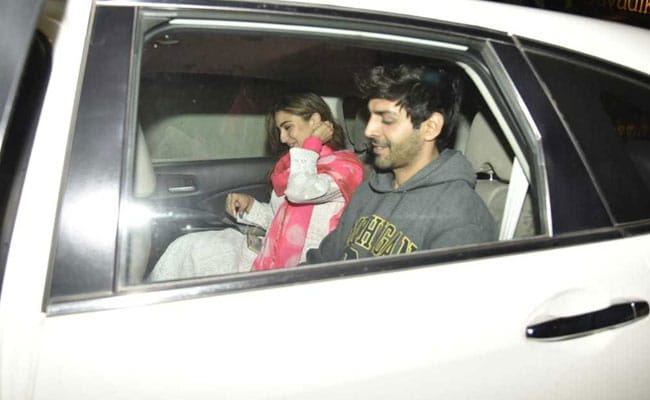 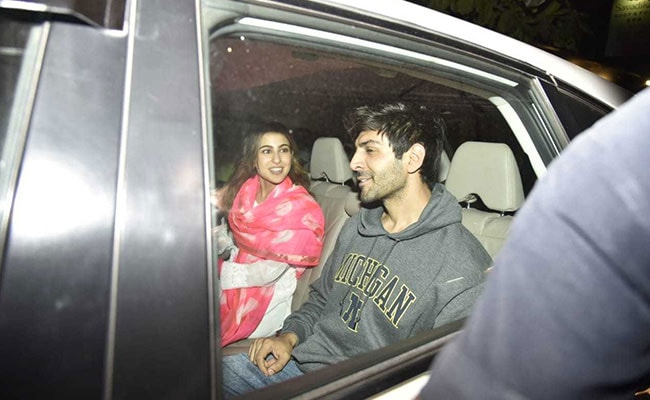 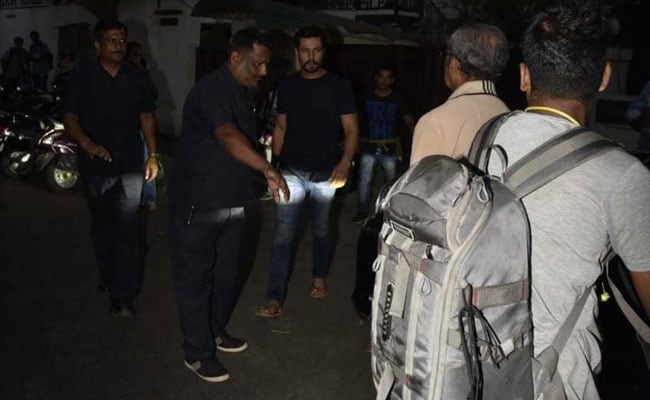 Speaking about his casting in Love Aaj Kal 2, Kartik earlier told news agency IANS: "He (Imtiaz Ali) is one of my favourite filmmakers and I have always wanted to work with him. I am glad it's finally happening." Apart from Love Aaj Kal 2, Kartik Aaryan has signed up for the remake of Patni Patni Aur Woh, co-starring Ananya Panday and Bhummi Pednekar.

Meanwhile, Sara Ali Khan, who debuted in Bollywood in 2018 film Kedarnath, has signed up for the remake of Coolie No 1 opposite Varun Dhawan.