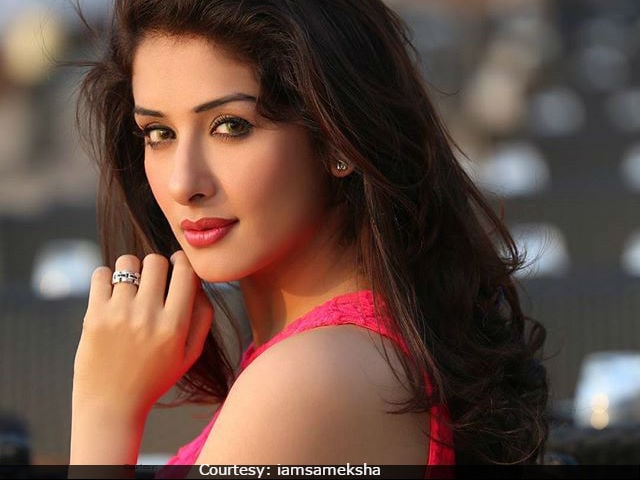 New Delhi: Television actress Sameksha Singh has come out in support of Bhabiji Ghar Par Hai! actress Shilpa Shinde, who, about a week ago, filed a sexual harassment case again the producers of the show Sanjay Kohli and her wife Benaifer, reports mid-day. Sameksha told mid-day, "I have worked with the producers in their previous show, Zaara, and I can understand what Shilpa is going through. I want to stand by her because when I filed a complaint against them in 2008 with the Cine And TV Artistes Association, nobody supported me. Shilpa is fighting all alone without any support. I want to be there for her."

Shilpa, who played Angoori Bhabhi in Bhabiji Ghar Par Hai!, had filed a police complaint in Mumbai, in which, she alleged that Mr Kohli called her "sexy and hugged her forcefully," reported mid-day. "Once make-up man Pinku Patwa saw him harassing me. Pinku was sacked the next day. When I spurned his advances, he sacked me from the show," Shilpa told mid-day.

Sameksha was seen in a pivotal role in Nikhil Advani's show P.O.W. She has done various Tamil, Telugu and Punjabi movies also. In an interview to Indian Express, she accused Binaifer of not paying her dues. "She used to tell me the channel cut the cost because the show didn't do well. On our sets as well, there used to be politics every day, our phones would get lost and then Binaifer would tell us to check in our co-actors' bag. She would make us fight. The men, surprisingly, were treated very well but the female actors got a bad treatment," Sameksha told Indian Express.

Promoted
Listen to the latest songs, only on JioSaavn.com
Meanwhile, Shilpa told mid-day that she had to face a tough time filing the case against the producers and the cops were insensitive towards her case.

Sanjay Kohli and Binaifer have filed a criminal defamation case against Shilpa. Binaifer told mid-day, "We've a strong case against her for the damages she caused; that figure runs into crores. But I have full faith in the judiciary; we will see her in court."