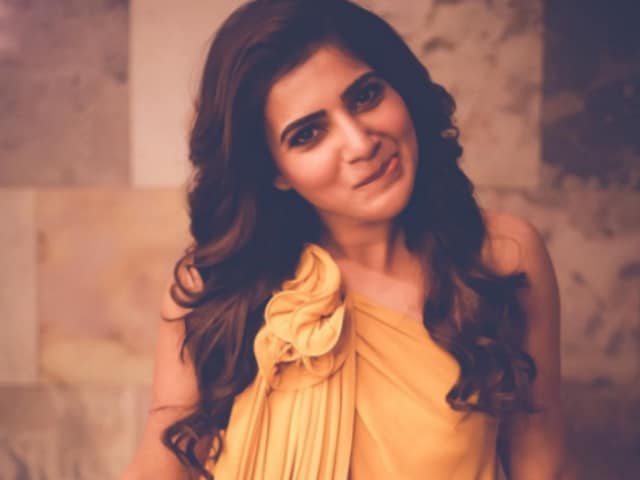 Chennai: Theri actress Samantha Ruth Prabhu, who is currently on top of her game after Vijay's hit film, is busy with her next two projects in Tamil. She is cast opposite Vishal in Irumbi Thirai and with Vijay Sethupathi and Faahad Faasil in Aneethi Kadhaigal. But for now, the actor seems to be in the holiday mood and is ready to ring in the New Year with family and friends. While the media is abuzz with rumours of her impending engagement to South star Naga Chaitanya, Samantha is busy packing her bags for her holiday. Her Instagram posts showed she spent her Christmas at the Maldives but we wonder where she is headed for the New Year.

Looks like her love for beach destinations continues, for we learn that she's headed to the party hot spot Goa. Responding to our query Samantha says, "For every New Year, Goa has almost become a sentiment for me! This time will be my third year there. I'll be ringing in 2017 in Goa with my close friends and family."

Promoted
Listen to the latest songs, only on JioSaavn.com
While speculations are rife that she might be paired again opposite Vijay in director Atlee's next film, Samantha chooses to remain tight-lipped about her upcoming projects. So, will she be making special New Year resolutions as she welcomes 2017? While she definitely believes in the concept, she is reluctant to reveal them to anyone. And we learn why. Samantha says with a chuckle, "I usually have secret resolutions. I feel that I will lose my focus if I say them out loud." We wish the charming actor a happy New Year, we hope all her resolutions and dreams are fulfilled in the year ahead!