Salman Khan and team Bharat are currently in Malta 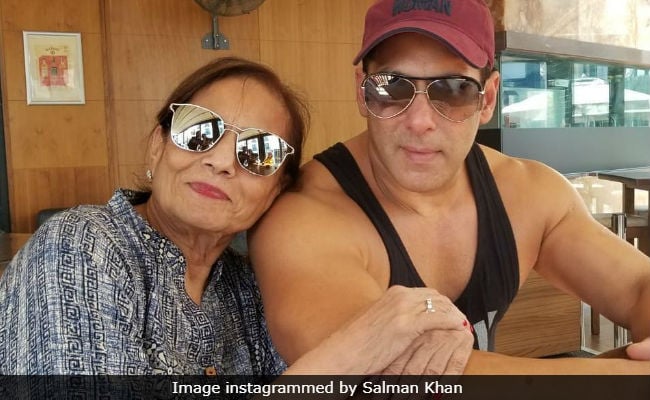 Salman Khan shared a video of himself helping his om Salma Khan navigate through the streets of Malta (where the actor is shooting Bharat) with a Karan Arjun. Salman added the music of the song Ye Bandhan To (from 1995 film Karan Arjun) and used the chorus lyrics for caption too. The now viral video received over 1.1 million likes in 2 hours with several compliments for Salman for being a dutiful son. "Inspiring thing the youth should learn from it how to take care of their mother," wrote on thoroughly impressed fan of the 52-year-old actor. Watch the video of Salman Khan helping his mom out here:

Last week too Salman Khan shared a video of himself exploring Malta with his mother Salma Khan by his side. Here are glimpse from Salman and Salma Khan's Malta diaries.

Salman Khan is currently filming Bharat in Malta with his team, including director Ali Abbas Zafar. Bharat, which is the Hindi adaptation of south Korean film Ode To My Father, is produced by Salman's brother-in-law Atul Agnihotri.

Bharat, which also stars Katrina Kaif, recently featured in headlines after Priyanka Chopra walked out of the project citing reasons best known to team Bharat. Ali Abbas Zafar did not appear to be upset and also wished Priyanka luck for her future endevours. Priyanka and Nick Jonas recently made their relationship official. Salman Khan and Ali Abbas Zafar signed Katrina a few days Priyanka dropped out of the project.

Bharat will open in theatres on Eid 2019.