"When I read the script, I thought it was absolutely wonderful," said Katrina Kaif 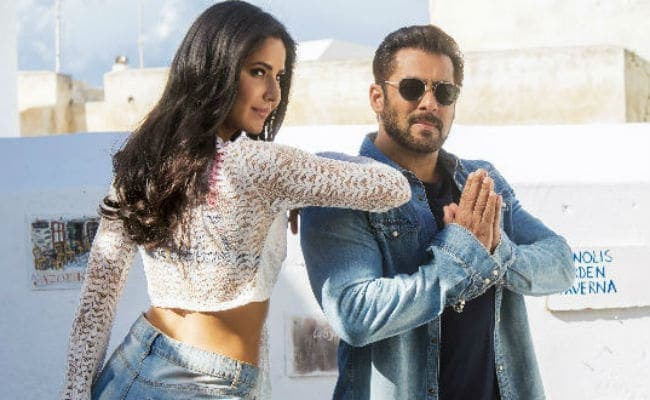 After Priyanka Chopra's exit from Salman Khan's Bharat, it was Katrina Kaif, who made a last minute entry in the film. The actress, who interacted with the media on the sidelines of the Vogue Beauty Awards, said that it was the "wonderful script," which was the driving factor for signing Bharat, news agency IANS reported. "When I read the script, I thought it was an absolutely wonderful script and I felt extremely excited about the character which I am playing in the film. Therefore, I am very happy to be part of the film," IANS quoted Katrina Kaif as saying.

The actress, who has previously worked with Ali Abbas Zafar in Mere Brother Ki Dulhan and Tiger Zinda Hai, is looking forward to the reunion. "The roles which I have chosen for myself are purely based on the script and what my character is in that film. So for me, it is extremely exciting to be working with the team again. When this time Ali contacted me, he told me 'Goldfish'. He calls me Goldfish. He said, 'I am sending you a script and just react to it and tell me what you feel about it," Katrina Kaif told IANS.

Besides the script, Katrina also spoke about the other reasons for signing Bharat. " Ali Abbas Zafar is a very dear friend of mine. We have worked with each other earlier in Mere Brother Ki Dulhan and Tiger Zinda Hai and both films were extremely successful. More importantly, I had a great experience working on those two films," IANS quoted the actress as saying.

Katrina will reportedly play Salman Khan's love interest in the film. Salman Khan plays the role of a daredevil stuntman in Bharat. Director Ali Abbas Zafar had shared a glimpse of Salman recently.

Bharat, a part of which is set in the circus, also stars Disha Patani, Nora Fatehi and Tabu.