'Happy For Priyanka Chopra Wherever She Is In Life,' Says Bharat Director Ali Abbas Zafar

"I wish all the happiness and love to Priyanka Chopra," said Ali Abbas Zafar 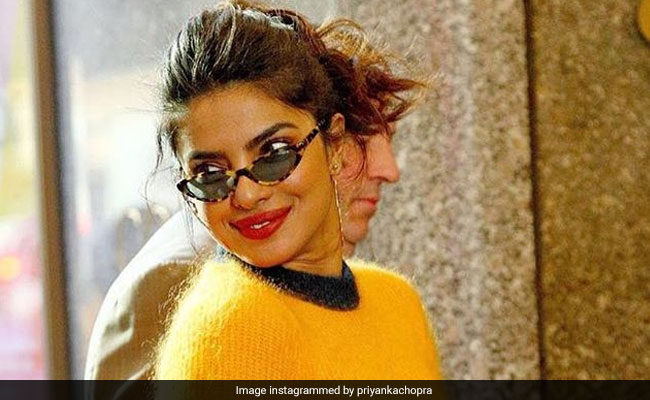 Bharat director Ali Abbas Zafar is 'happy' for Priyanka Chopra for her personal as well as professional life, he told news agency IANS. Priyanka quit Bharat for a 'very special reason' last weekend and after her exit from the project, reports about the makers being upset with her made the rounds. However, Ali Abbas Zafar told IANS, "I am very happy for Priyanka wherever she is in life right now professionally and personally." The 'special reason' why Priyanka quit Bharat was linked to her rumoured boyfriend Nick Jonas. Later, several international websites reported that she and Nick got engaged during her birthday in London.

Ali Abbas Zafar had announced Priyanka Chopra's exit from Bharat with a tweet which read, "Yes Priyanka Chopra is no more part of Bharat and the reason is very very special , she told us in the Nick of time about her decision and we are very happy for her. Team Bharat wishes Priyanka Chopra loads of love and happiness for life."

Ali Abbas Zafar, who has previously directed Priyanka in 2014 film Gunday said she's a "good friend" and added, "All my heart goes out to her because she has been a good friend since a really long time and we get along really well. I would say that I wish all the happiness and love. Hopefully I am going to see her soon."

Priyanka Chopra and singer Nick Jonas first met at last year's Met Gala. They have made several appearances in the recent months. Priyanka attended Nick's cousins wedding and later, the duo came to India and holidayed with her family in Goa. The rumoured couple also attended an Ambani party hand-in-hand.

Speaking about her role in Bharat, Katrina Kaif earlier told IANS: "When I read the script, I thought it was an absolutely wonderful script and I felt extremely excited about the character which I am playing in the film. Therefore, I am very happy to be part of the film."