Bharat: Salman Khan 'Explores' Malta With The 'Love Of His Life'

Salman Khan shared a photo with his mother Salma, who is in Malta with him at the juncture 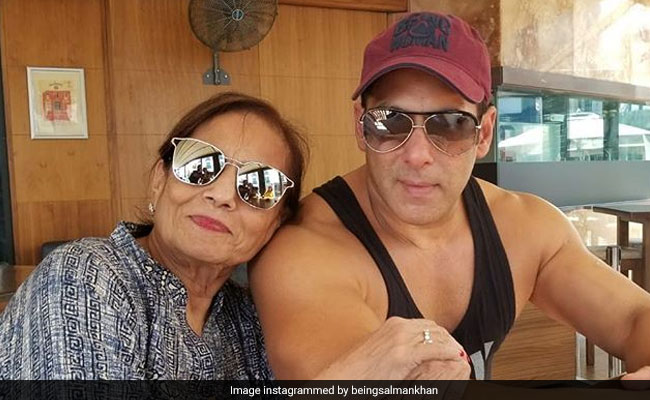 Salman Khan, who is currently in Malta shooting for his next film Bharat, is exploring the "lovely country" with the "love of his life." In case you are still wondering about the person (love of his life), who has followed the actor all the way to Malta, well it's none other than his mother Salma. Salman Khan shared a photo with his mother Salma, who is in Malta with him at the juncture. "With the love of my life," the actor wrote with a photo featuring both of them. The 52-year-old actor also shared a video of himself with his mother "exploring" the picturesque country of Malta. Just in few hours, the photo has over six lakh likes and the comment section is flooded with words like: "Mom and son certainly got the swag there," "Amazing bhaijaan," and we totally agree. Preity Zinta's comment on the photo read: " Awww!! So sweet." The photo has also been liked by Varun Dhawan and Manish Malhotra.

Take a look at the photo and video shared by Salman Khan.

After wrapping up the Mumbai schedule, Salman Khan and team Bharat have kick-started the shooting of the second schedule in Malta. Salman shared the news on social media with a photo of himself, which read: "Starting the shooting schedule of Bharat in Malta, lovely country."

Bharat directed by Ali abbas Zafar also features Katrina Kaif, Disha Patani, Tabu and Nora Fatehi. In the movie, Salman Khan plays a daredevil stuntman and will undergo multiple look changes as its timeline is spread across decades - from 1960 till current times. Disha Patani will play the role of a trapeze artiste while the roles of other characters of the film have not been revealed.

Katrina Kaif is the latest addition to the Bharat team after Priyanka Chopra's exit. Speaking about her role in Bharat, Katrina Kaif earlier told IANS: "When I read the script, I thought it was an absolutely wonderful script and I felt extremely excited about the character which I am playing in the film. Therefore, I am very happy to be part of the film."

Ali Abbas Zafar had earlier teased fans with a silhouette of Salman Khan. "Gear up for thunder... yeh khamoshi toofan se phele ki hai," he captioned the photo on Instagram.