Salman Khan's Stardom is 'Nothing New' For Sooraj Pancholi 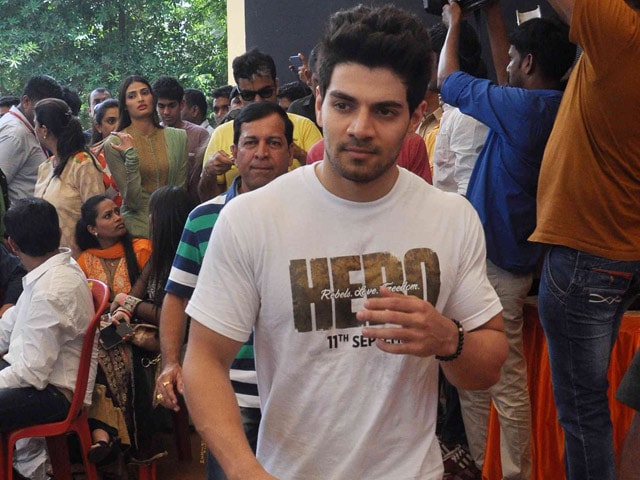 Mumbai: Actor Sooraj Pancholi said that he wants to be a part of emotional love stories. The 25-year-old actor, son of actor Aditya Pancholi, who is making his debut in Bollywood with Hero opposite Athiya Shetty, said that he has a fascination for romantic stories.

"I want to do more romantic films. Scripts which have romance, pure emotions and satisfaction are what I am looking forward to," the actor told PTI.

Hero, the remake of Subhash Ghai's 1983 film of the same name, is directed by Nikhil Advani. The film is co-produced by superstar Salman Khan and Mukta Arts. (Also Read: Why Salman Launched Athiya Shetty and Sooraj Pancholi in Hero)

Sooraj, who made headlines two years ago, after getting arrested for his involvement in actress Jiah Khan's suicide, credits Salman for being a constant support. (Also Read: Time is Biggest Healer: Sooraj Pancholi on Jiah Khan Episode)

"This is a dream launch. I couldn't have better script than Hero, better director than Nikhil sir, better producer than Salman sir and better co-star than Athiya Shetty. Salman sir never even came on sets to see how we were performing. But, he knew what's going on in the film. He has been an amazing mentor and the biggest support in our lives for sure," Sooraj said.

The newcomer said he has seen the super stardom of Salman since he was a child and finds himself and Athiya fortunate to share the platform with him.

"It is nothing new for me, when I see so many people shouting or screaming for him because I have seen Salman sir since I was young. We know people are crazy about him. I think we are very lucky to sit on a chair next to him," he said. (Also Read: Salman Khan on Why Breaking Into Bollywood is Tougher Now)

Hero will hit theatres on September 11.