Bharat teaser might release soon. Atul Agnihotri, the producer of Salman Khan's film, shared an update about it 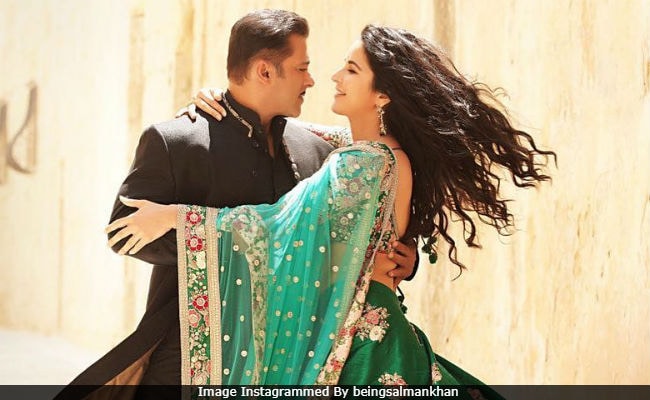 Bharat teaser might release soon. Yes, you read that right. Atul Agnihotri, the producer of Salman Khan's much-awaited film, shared an update about it and wrote, "Countdown begins. Bharat teaser." In his social media post, Atul Agnihotri has shared a video clip, which shows a certificate given to the teaser by the Central Board of Film Certification (CBFC) and the title reads 'Teaser No. 1 of film Bharat.' The video ends with a shot of an unseen person waving the national flag. Salman Khan, we just can't wait to see Bharat teaser. Earlier, media reports suggested that the teaser might release on the Republic Day, but there hasn't been any official confirmation about it.

After Salman Khan's 53rd birthday in December, Bharat director Ali Abbas Zafar tweeted that they will unveil details about the film on a 'special date.' "We are still shooting for the film. Naye saal mein nayi film ki baat karenge. Naam Bharat hai, date bhi special hogi," read an excerpt from his tweet.

All the @BeingSalmanKhan fans , don't loose your hearts , it was our conscious decision not to release anything about @Bharat_TheFilm on Bhai's birthday, we are still shooting the film , Naye saal mein nayi film ki baat karegein , Naam Bharat hai ..date bhi special Hogi

Salman is currently shooting for Bharat in Mumbai. A 10,000 square-foot gym has also been constructed for him on the sets.

Bharat, the Hindi adaptation of South Korean film Ode To My Father, is a circus drama set in the Sixties. Katrina Kaif co-stars opposite Salman in the film.

Bharat is expected to hit the screens on Eid 2019