"Sometimes, one film gives you an idea for the next," said Salman Khan 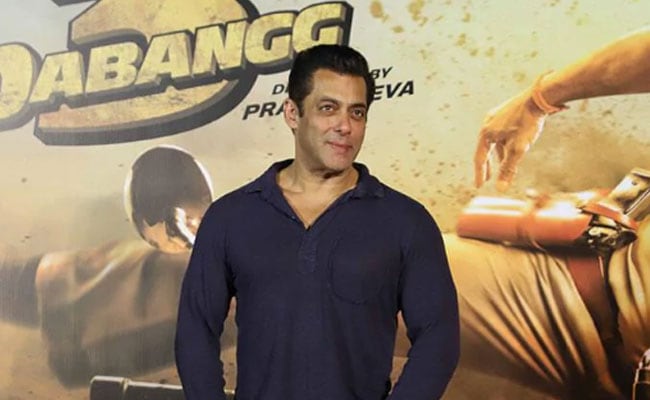 Salman Khan was photographed at an event.

It appears that Salman Khan is about to make fans of the Dabangg series very happy. In case you are wondering why, the actor, in an interview with Mumbai Mirror, appeared to reveal that the script of Dabangg 4 "is written." A part of Salman's upcoming film Dabangg 3 will show the life of Chulbul Pandey before he became a cop. Speaking with the publication, when asked how he managed to come up with a prequel at a time when filmmakers are struggling to make sequels, Salman Khan said: "We have Dabangg 4 written too." However, whether Salman Khan said it jokingly or he actually confirmed Dabangg 4 is not sure but his statement is enough to get fans of the series extremely excited.

In the same interview, when asked how he comes up with plans of making sequels, Salman Khan told Mumbai Mirror that "sometimes one films gives an idea for the next" project. He said: "They just come about. Sometimes, one film gives you an idea for the next. In Dabangg 3, we explore why Rajjo's father was an alcoholic and how Chulbul Pandey met her. Aap jab picture dekhoge toh aapko samajh mein aayega kahan kahan se nikle hain hum."

Other than Sonakshi Sinha, who has reprised her role as Rajjo, Dabangg 3 also stars Saiee Manjrekar as the lead actress. She will play the role of Chulbul Pandey's first love.

Talking about his connection with his character Chulbul Pandey, Salman Khan said that "the minute he walks into the film's set," he instantly transforms into his character. "After two films, today, the minute I walk into the Dabangg set, I stop being Salman Khan, the actor and become Chulbul Pandey. Ditto, Sonakshi who transforms instantly into Rajjo. That's how it is with the whole cast; we have become a real family," said the actor, adding that he has a personal connection with Chulbul as he is "writing, as well as playing the character."