Dabangg 3: Salman Khan And Kichcha Sudeep 'Fought' For 23 Days For The Film's Climax

"We were hitting each other like animals," said Kichcha Sudeep 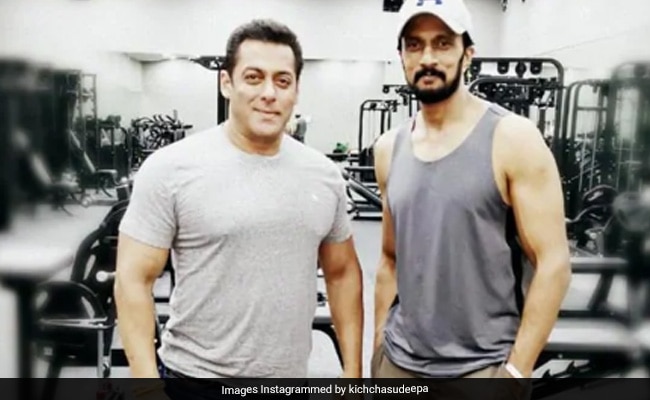 Did you know that Salman khan and Kichcha Sudeep "fought" for 23 days to film the climax scene for Dabangg 3? No, we are not kidding, it is true! The south star, in an interview to Bollywood Hungama, revealed that the shoot for the climax sequence went for "24-25 days," out of which they "fought for 23 days." Talking about the film's climax, Kiccha Sudeep said it is the "biggest climax that he has ever shot personally." He told the publication: "The best part of that fight is, till the last, there's no winner. Both are hitting each other like madness. It's all fists and wrist and everything. We almost shot for about 24-25 days, including the first 2-3 days of dialogues and build-ups and everything. 23 another days, we have fought. It's the biggest climax ever that I have shot personally."

He also revealed that the fight sequence between him and Salman Khan wasn't stylishly choreographed but they were actually "hitting" each other like "animals." Sudeep told Bollywood Hungama: "It's not jump and rope and installation, we were hitting each other like animals... He hits me and if I fall down, whatever I get in my hand, that's my next weapon."

Last month, the makers of Dabangg 3 even shared a BTS video, which featured Salman and Sudeep filming the climax scene. Take a look:

Kichcha Sudeep plays Salman Khan's nemesis in Dabangg 3, which also features Sonakshi Sinha and Saiee Manjrekar. The film is the third instalment of the Dabangg series. Directed by Prabhu Deva, Dabangg 3 is slated to open in theatres on December 20.