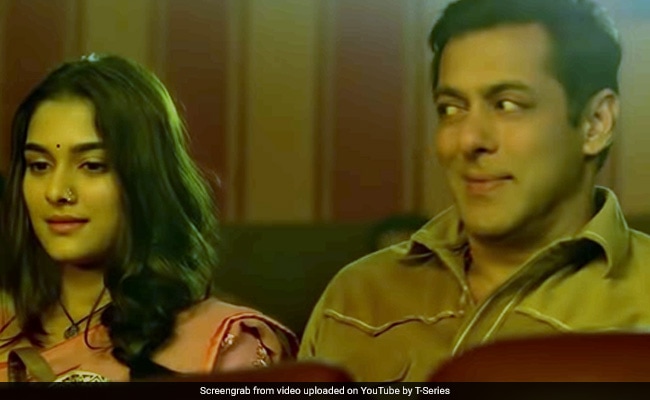 Another song from Salman Khan's upcoming film Dabangg 3 released on Friday and it got viral on social media within minutes. The fifth song, Naina Lade, is quite different from the other peppy tracks from the film such as Hud Hud Dabangg, Yu Karke, Habibi Ke Nain and Munna Badnaam Hua as it is a melodious romantic song. Naina Lade tracks the innocent love story of Chulbul Pandey (played by Salman Khan) and Khushi (played by Saiee Manjrekar), who is Chulbul Pandey's first love. In the song, we also saw how Chulbul Pandey got the epic style of keeping his sunglasses at his back.

Dabangg 3 is the story of Chulbul Pandey before he became the rowdy cop. The second half of the film will showcase how he became the Dabangg policeman after the death of his first love Khushi.

Dabangg 3 is the third installment of the Dabangg series. The third part has been directed by Prabhu Deva and produced by Salman Khan's brother Arbaaz Khan, who featured as Makhanchan Pandey in the previous Dabangg films. Saiee Manjrekar and Kiccha Sudeep are the latest addition to the Dabangg family. Other than Salman, Sonakshi Sinha has reprised her roles as Rajjo in the upcoming film.