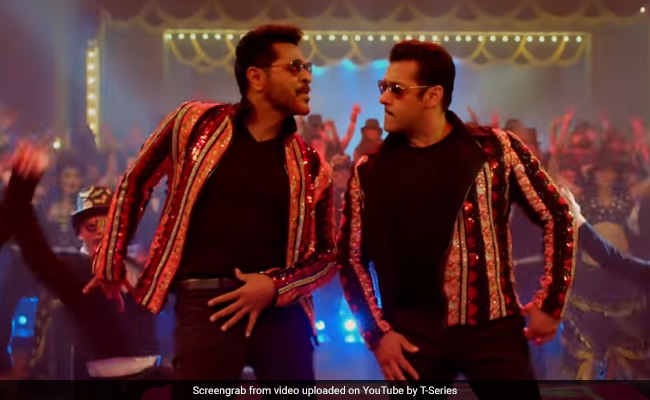 Munni Badnaam Hui is a song of the past. There's a new song on the block which will compel you to hit the dance floor immediately. We are talking about the new Dabangg 3 song Munna Badnaam Hua, which released on Saturday night and it is going crazy viral. TBH, we are not surprised at all, it was arguably one of the most awaited songs of the year. The video features the film's lead actor Salman Khan along with LoveYatri actress Warina Hussain and Dabanng 3 director Prabhu Deva. The song is a spin off the 2010 track Munni Badnam Hui from Dabangg, which featured Malaika Arora. Our favourite segment of the song is when Salman and Prabhu Deva dance together.

Munna Badnaam Hua has been composed by duo Sajid-Wajid. It has been sung by Badshah, Kamaal Khan, Mamta Sharma and the lyrics are by Danish Sabri. The song garnered over 8 million views within a few hours on YouTube.

Dabangg 3is the third installment of the super hit Dabangg series. The film has been directed by Prabhu Deva. Just like its previous renditions, Dabangg 3 has also been produced by Salman's brother Arbaaz Khan, who played the role of Makhanchan Pandey in the Dabangg series. Salman and Sonakshi Sinha have reprised their roles as Chulbul Pandey and Rajjo, respectively while Saiee Manjrekar and Sudeep are the latest addition to the Dabangg family.

On the work front, Bharat remains Salman Khan's last release. Other than Dabangg 3and Radhe: Your Most Wanted Bhai, the actor also has Ready 2 in the pipeline.