Today, on Prabhas' birthday, the makers of Saaho released the first look of Prabhas in the film 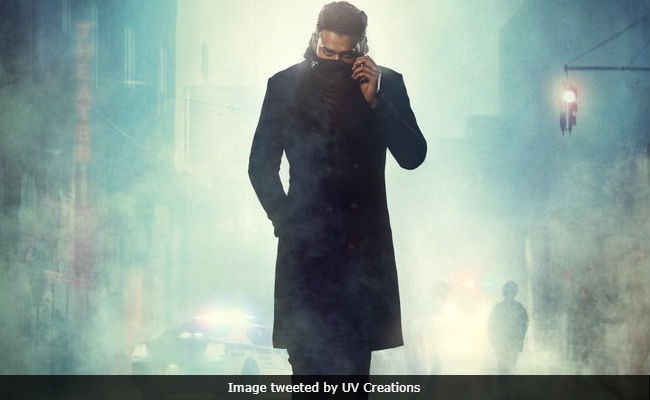 New Delhi: Prabhas' first look in upcoming film Saaho is very Sherlock Holmes-like. Today, on Prabhas' birthday, the makers of Saaho released the first look of the film, in which Prabhas walks down a foggy-misty street dressed in all-black and with a scarf covering his face. Though Prabhas' walk in the middle of the street shows the boldness of the character he plays, the stealthy dressing indicates something sinister about the scene. What can it be? Hopefully, the upcoming promotional material of the film will answer the many questions posed by this first look. Here's the first look of Saaho:

In absolutely no time, #SaahoFirstLook started trending Twitter, which makes the second trending hashtag for Prabhas on his birthday after "#HBDDarlingPrabhas."

Promoted
Listen to the latest songs, only on JioSaavn.com
Earlier this month, Prabhas wrapped the Hyderabad shooting schedule of Saaho, in which he co-stars with Bollywood actress Shraddha Kapoor. Saahoi also stars Neil Nitin Mukesh and Mandira Bedi in negative roles. It also features Jackie Shroff and Chunky Pandey in pivotal roles.

Saaho is Prabhas' first film in five years as he did not take up another project until the completion of S S Rajamouli's Baahubali series. Saaho, an action thriller, is directed by Telugu filmmaker Sujeeth Reddy. The film will be simultaneously shot in Telugu and Hindi. Apart from Hyderabad, the film will be shot in Romania, Abu Dhabi and Europe. Saaho is scheduled to release in 2018.