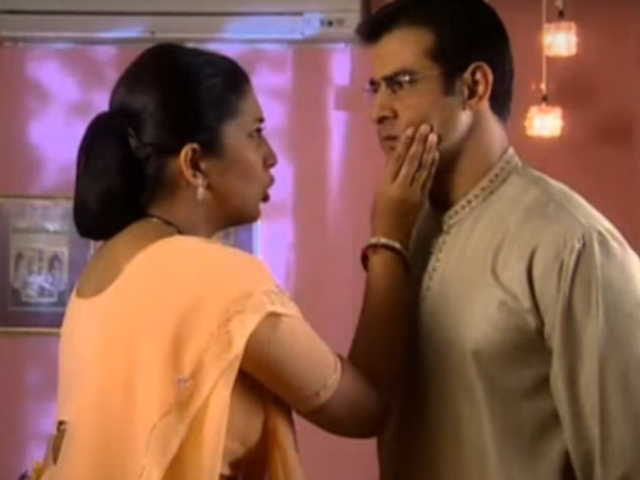 New Delhi: Actor Ronit Roy shared a lovely photograph with now Union Minister Smriti Irani on Twitter and the picture is going viral on the internet. Actress turned minister Smriti Irani was part of Ekta Kapoor's popular Television show Kyunki Saas Bhi Kabhi Bahu Thi. She played the lead role of Tulsi for years. Ronit Roy, who portrayed the role of Mihir Virani on the show, met his on-screen wife Tulsi on a flight and couldn't stop himself from capturing the moment. The 51-year-old actor captioned the picture as: "What are the chances??!!! So lovely to meet @smritiirani in the flight." Kyunki Saas Bhi Kabhi Bahu Thi is one of the longest running daily soaps on Indian television, running from 2000-2008.

Check out the adorable picture shared by Ronit Roy on Twitter:

What are the chances??!!!
So lovely to meet @smritiirani in the flight pic.twitter.com/un7eNOd3oc

Kyunki Saas Bhi Kabhi Bahu Thi won Smriti Irani five consecutive Indian Television Academy Awards for Best Actress and four Indian Telly Awards. Smriti had fallout with producer Ekta Kapoor and had quit the show in June 2007. She was replaced by Gautami Kapoor. However, she made a comeback on the show after one year (May 2008) in a special episode.

Ronit Roy ventured into Bollywood after his success on television. He starred in 2010 movie Udaan, directed by Vikramaditya Motwane. His performance in the film won him several Best Supporting Actor awards.