Ronit Roy Asked If He Could Pull Off Bhishma Again. 'Of Course,' Said The Internet 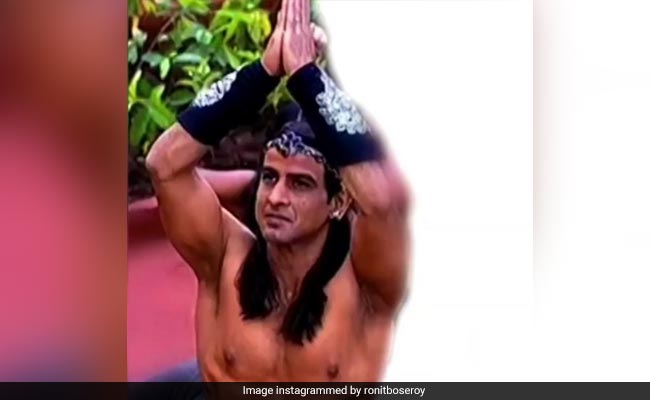 Ronit Roy dug out the most epic throwback picture from the sets of the mythological TV series Kahaani Hamaaray Mahaabhaarat Ki and shared it on his Instagram profile on Friday evening. The 53-year-old actor, who played the role of Bhishma in the show, could be seen wearing hair extensions and a head gear of sorts in the picture. Sharing the picture, Ronit kept his Instafam busy by asking a question. "You guys think I can bring this back?" A big fat yes echoed in the comments section. "Anyday Sir, you are a rock star," wrote a fan. "Yes, of course," read another comment. "Certainly," was the reaction of another fan on the post. The actor accompanied the post with the hashtags #throwback #mahabharat #balajitelefilms #young #bhishmapitaama.

You guys think I can bring this back????? #throwback #mahabharat #balajitelefilms #young #bhishmapitaama Thanks #nnisha8 for finding this photo

Kahaani Hamaaray Mahaabhaarat Ki was a TV show produced by Ekta Kapoor and Shobha Kapoor under their banner Balaji Telefilms and it aired in the year 2008. Ronit Roy became a household name after he played the role of Mr Bajaj in Kasautii Zindagi Kay. The actor has been a part of other popular television shows like Kasamh Se and Kyunki Saas Bhi Kabhi Bahu Thi to name a few.

Television shows aside, Ronit Roy has also featured in several Bollywood films such as Student Of The Year, Sarkar 3, 2 States, Munna Michael, Lucknow Central, Boss, Ugly, Udaan,  Kaabil and LoveYatri among others.

On the work front, Ronit Roy will next be seen inShamshera, co-starring Ranbir Kapoor and Sanjay Dutt. The film will be directed by Karan Malhotra and it will be produced by Yash Raj Films. Shamshera will hit the screens in July 2020.