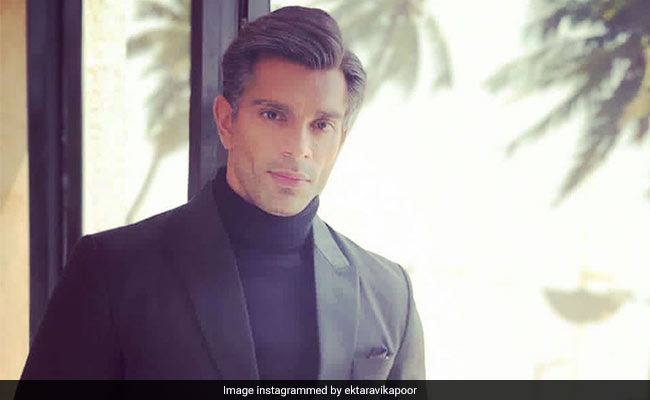 Producer Ekta Kapoor on Thursday introduced actor Karan Singh Grover's role of Mr. Rishabh Bajaj, who is a fearless and bold business tycoon and thinks he is "one step ahead of impossible".

Ekta posted a short video that features Karan in a salt and pepper look and performing a death-defying stunt for the promo of the show Kasautii Zindagii Kay.

Actor Ronit Roy, who originally played the role in Kasautii Zindagii Kay that ran from 2001 to 2008, commented: "All the best to Mr. Bajaj from Mr. Bajaj."

The video was also shared on Twitter on behalf of channel StarPlus. The caption read: "He is fearless, bold and a business tycoon. And his next prey? Basu Industries! Introducing Mr. Rishabh Bajaj. #KasautiiZindagiiKay."

He will be introduced in the one-hour special episode of the show on StarPlus and Hotstar on June 17.

While Ronit looked suave and polished in the original show, Karan seems to be all that and more fearless as he says "I set my own targets. One step ahead of impossible" in the promo.

Of his role, Karan told IANS: "Firstly, let me say that no one in our industry can play the way Ronit Roy played Mr. Bajaj earlier and I do not even dare to touch that. That is a different level of iconic performance, holds a value and no one can match up to that...it would be stupid of me to copy it or anything like that.

"Having said that, I know there is a fan base of Mr. Bajaj as well as my fans... so the comparison is inevitable and I am waiting for that to happen."