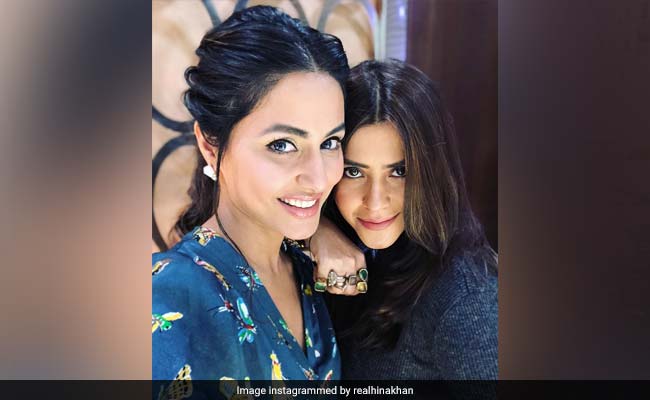 Actress Aalisha Panwar is reportedly in talks to take over from Hina Khan as the new Komolika in the reboot of Ekta Kapoor's TV show Kasautii Zindagii Kay. Several websites, including News18, TellyChakkar and DNA, published reports stating that Hina Khan, who played the principal antagonist in the show, is stepping out due to her prior film commitments and Aalisha Panwar, best-known for her role in Ishq Mein Marjawan, is being recruited to replace Hina. The Bigg Boss 11 runner-up was signed for the role which was immortalised on the small screen by Urvashi Dholakia. The reboot of Ekta Kapoor's show premiered in September and Hina Khan entered the show more than a month later.

Earlier, speaking to Bombay Times Hina Khan has said that she is not quitting Kasautii Zindagii Kay and she will be on a break for a few months. She had also said that the track of the show would be altered to accommodate her absence. "I will be back on the show whenever I am required. In the earlier season too, the track would change and Komolika would take a break and come back. As of now, I won't be seen post March," she had said.

Hina Khan became a household name after she played Akshara in Yeh Rishta Kya Kehlata Hai on the small screen for nine years. After quitting the show, Hina featured in Khatron Ke Khiladi and then in Bigg Boss 11.