Hina Khan Is Not 'Quitting' Kasautii Zindagii Kay, But... 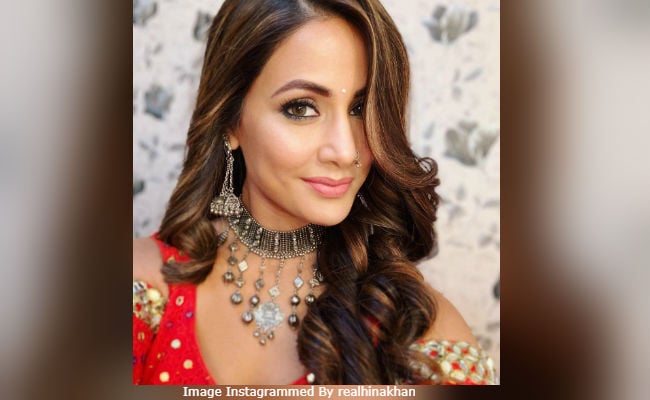 Hina Khan is not quitting Kasautii Zindagii Kay just yet, but yes, she is taking a break for some months from the TV show, the actress told Bombay Times. Over the weekend, several reports stating that Hina is quitting Kasautii Zindagii Kay, in which she plays the prime antagonist Komolika, started doing the rounds. However, the actress rubbished such reports and said that because she has signed up for a film and also has to attend the Cannes Film Festival, she decided to take a break. She told Bombay Times, "I am not quitting Kasautii..., but I am going on a break for five-six months, as I have given my nod to a movie."

Without revealing details about her next project, Hina added, "I can't disclose much about the film, but yes, I have communicated my decision to the makers of the show. Having said that, I will be back on the show whenever I am required. In the earlier season too, the track would change and Komolika would take a break and come back. As of now, I won't be seen post March."

Kites rise highest against the wind,not with it.. #LetsRiseAndShine #Komolika #KZK2

Kasautii Zindagii Kay, headlined by Erica Fernandez (Prerna Sharma) and Parth Samthaan (Anurag Basu), is a reboot of Shweta Tiwari and Cezanne Khan's 2001 show of the same name. In the previous show, Komolika's role was played by Urvashi Dholakia.

Asked if she's taking a break from the show because of its current plot in which Prerna and Anurag will get married, Hina told Bombay Times, "That's not true. In fact, the focus will always be on Komolika, but I have to concentrate on my films and I will be attending the Cannes Film Festival this year. There is no other reason and people should not read much into this."