Arjun Patiala Trailer: Diljit Dosanjh And Kriti Sanon Are Trying Too Hard To Make Us Laugh

The makers tried to spoof cop beat films but failed in terms of humour. 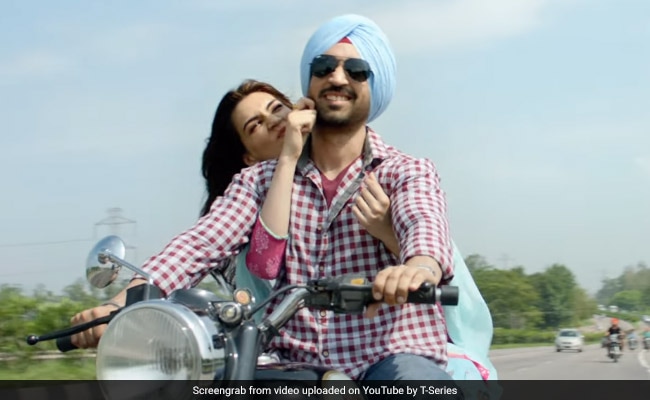 The trailer of Arjun Patiala, Diljit Dosanjh and Kriti Sanon's upcoming film, dropped on the Internet today and it is filled cliched jokes. The makers tried to spoof cop beat films but failed in terms of humour. Arjun Patiala presents Diljit Dosanjh as a "cute" cop as opposed to the "muscular" policemen of the Rohit Shetty universe - Singham and Simmba (pictures of both briefly feature in the trailer). The gist of the film's plotline is buried in a string of flat jokes. The film also stars Ronit Roy as a senior cop and Varun Sharma, who introduced by the narrator as, "Chu ke naam se world famous" alluding to the actor's character Chucha from the Fukrey series.

Watch the trailer of Arjun Patiala:

Arjun Patiala is directed by Rohit Jugraj and produced by Dinesh Vijan, the man behind comedies such as Hindi Medium and Stree. The film opens in theatres on July 26, a week after Shahid Kapoor's Kabir Singh.