The Suriya Effect: What Happened When He Met "Huge Fan" Nambi Narayanan, Revealed By Madhavan

Madhavan shared a video on Tuesday, where he can be seen accompanying Nambi Narayanan on the set and introducing him to Suriya 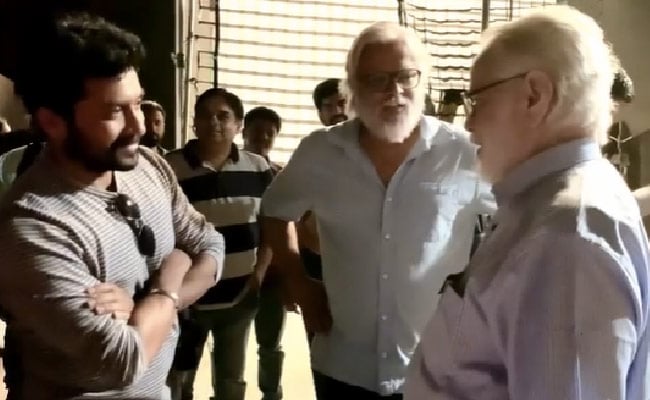 R Madhavan, who awaits the release of his upcoming filmRocketry: The Nambi Effect, sure knows how to keep his friends and fans delighted. The actor, who has written and directed the film based on S Nambi Narayanan, a former rocket scientist at Indian Space Research Organisation (ISRO), was quite excited when he fulfilled the aerospace engineer's wish to meet south star Suriya. Nambi Narayanan is a “huge fan” of Suriya, who will also be seen in a special appearance in the film. Madhavan shared a video on Tuesday, where he can be seen accompanying Nambi Narayanan on the set and introducing him to Suriya.

R Madhavan, sporting the costume of his lead character in Rocketry: The Nambi Effect, can be heard introducing Suriya as his “very, very close friend” to Nambi Narayanan in the clip. Suriya, in complete awe, then puts his hands on his face and joins them in a namaste gesture. The trio then engage in a quick chat, with Nambi Narayanan appearing to speak about Suriya's films.

Sharing the clip, R Madhavan reveals that Nambi Narayanan is “a huge fan” of his “brother” Suriya. He wrote: “Only my bro, Suriya, can make me feel so good and react like this… Nambi sir is a huge fan of my bro and his father.” Suriya is the son of actor Palaniswamy, aka Sivakumar.

Sharing the same clip on his Instagram Stories, Madhavan wrote: “Nambi sir, a fan of my bro.” 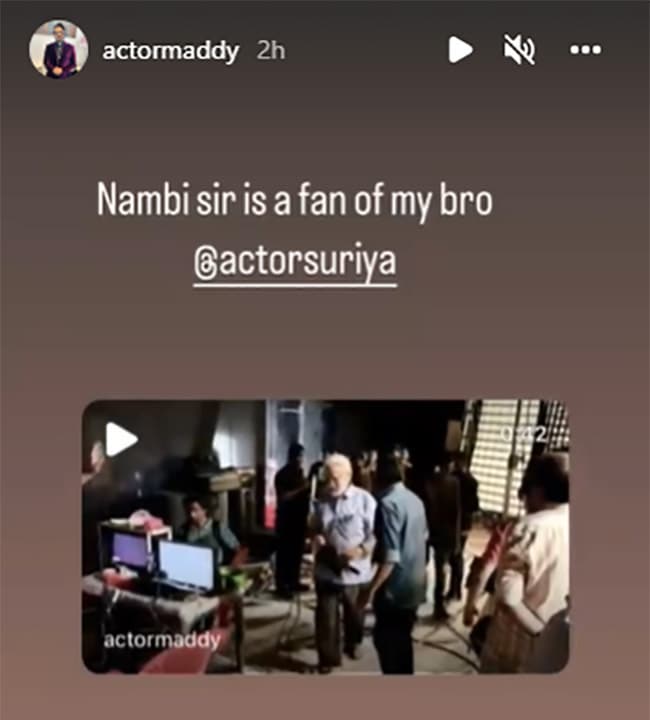 In Rocketry: The Nambi Effect, R Madhavan portrays the lead role. The film shows the story of Nambi Narayanan's life. As a senior official at ISRO, Narayanan was in-charge of the division responsible for cryogenics. However, he was falsely charged with espionage and arrested in Kerala in 1994.

Rocketry: The Nambi Effect will release in English, Tamil, Telugu and Kannada on July 1.