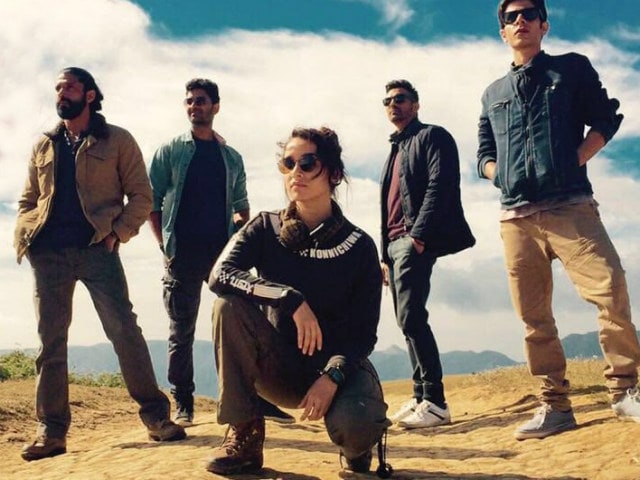 Farhan Akhtar, Purab Kohli and Arjun Rampal - who played the core members of onscreen rock-band Magik in Rock On, struggle to make a comeback in the trailer of Rock On 2, released on Monday evening.

Shraddha Kapoor, who plays aspiring singer Jia, auditions and finds a spot in the band. Together, they aim to create a stir in the world of music but hurdles keep cropping up in their way - there's a story behind Shraddha's stage fright and Farhan is haunted by his past experience.

Arjun's apparent indifference and Purab's electric-like optimism also add to the mix of emotions that run through the trailer. However, what unites them all is their love for music.

Watch the trailer of Rock On 2:

Promoted
Listen to the latest songs, only on JioSaavn.com
The teaser of the film was released in September:

Directed by Shujaat Saudagar, Rock On 2 has music by Shankar-Ehsan-Loy. Prachi Desai and Shahana Goswani also reprise their roles in Rock On 2, a sequel to 2008's Rock On!! while Shashank Arora is new to the cast. Rock On 2 will release on November 11.