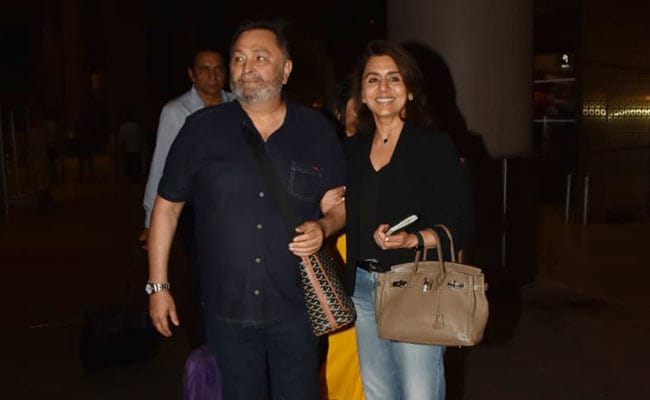 Rishi Kapoor and Neetu Kapoor photographed at the Mumbai airport.

Rishi Kapoor, now cancer-free, is finally home. The 67-year-old actor was pictured at Mumbai airport early this morning with wife Neetu. The couple spent nearly a year in New York, where Mr Kapoor was undergoing treatment. Excited, Rishi Kapoor tweeted: "Back home! 11 months, 11 days! Thank you all." The Kapoors went to New York last September after revealing the cancer diagnosis. Rishi and Neetu Kapoor were accompanied by son Ranbir, who later flew back to complete work assignments. Their daughter Riddhima has been shuttling between New York and India, and a stream of celebrity visitors have helped keep the Kapoors in high spirits.

See pictures of him and Neetu Kapoor at Mumbai airport here: Rishi Kapoor and Neetu Kapoor photographed at the Mumbai airport. 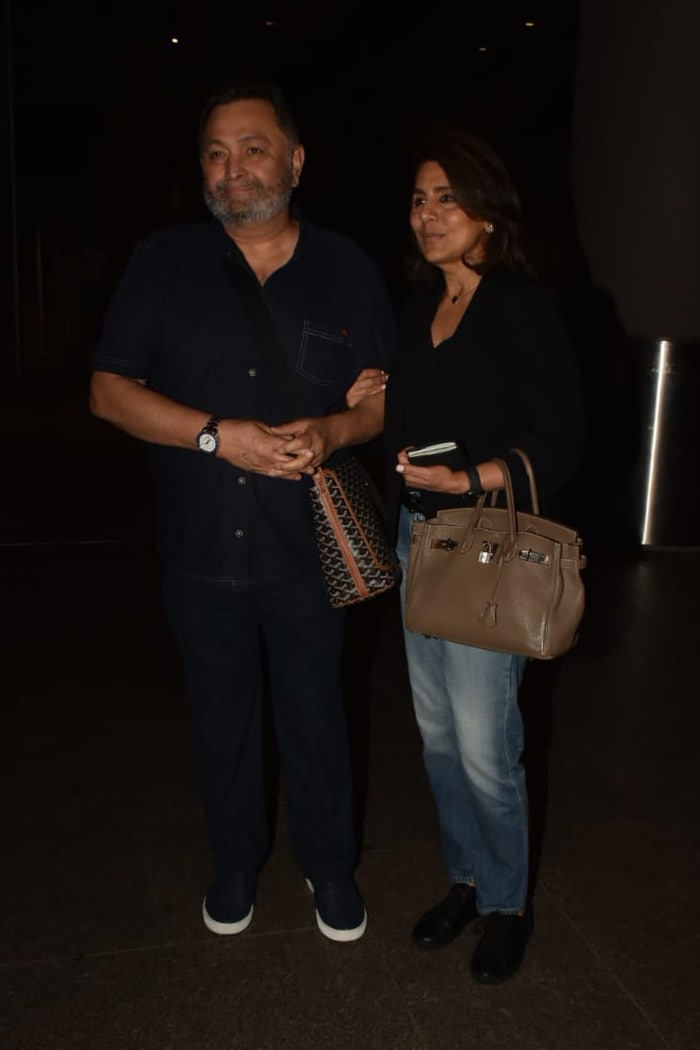 The couple were all smiles. 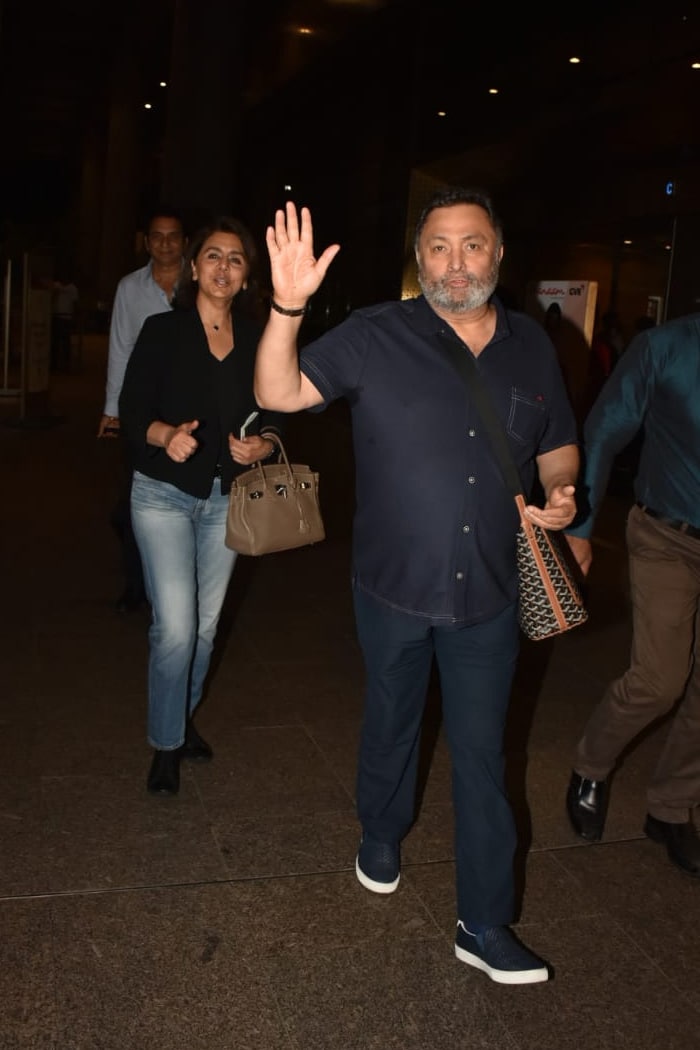 Meanwhile, Neetu Kapoor gave us a glimpse of the warm welcome that Rishi Kapoor received from his family. She shared a picture of a golden balloon, which had 'Welcome home Dad' printed on it. Neetu Kapoor captioned the post: "His simple balloon has so much warmth love and belonging."

This simple ballon has so much Warmth Love and belonging

On Monday night, actor Anupam Kher (who has been in New York on work for a while now), shared a farewell message for Rishi Kapoor and Neetu Kapoor. He wished the couple love and luck and said that he will "terribly miss" them. "Dearest Neetu Kapoor and Rishi Kapoor, here is wishing you a safe trip back to India after being in New York for almost a year. I have mixed feelings. I am happy and sad at the same time. I am going to miss you terribly. We had a great time together. Thank you. Love and prayers," Anupam Kher wrote.

Dearest #NeetuKapoor and @chintskap!! Here is wishing you a safe trip back to India after being in New York for almost a year. I have mixed feelings. I am happy & sad at the same time. I am going to miss you terribly. We had a great time together. Thank you. Love & prayers. pic.twitter.com/ECxBhOUH1h

Rishi Kapoor has been posting homesick tweets over the last couple of months, like this one:

Confession. Living in this concrete jungle (Manhattan)for so long,you don't get to see much of the sky.Yesterday was by the riverside,saw and heard an aircraft soar above. A visual and sound so common back home,loved that annoyance.I guess it meant freedom and getting back home.

It was reported earlier that Rishi Kapoor would be home in time to celebrate his birthday, which was on September 4. However, Mr Kapoor was still in New York when he turned 67, and tweeted about a less than satisfactory birthday dinner at a restaurant.

Birthday dinner with Neetu at "Daniel" Bouluds flagship restaurant at 65th between Park and Mad.. Disappointed. Highly over rated,over priced and arrogant. Not recommended at all. One kick up their ass and this is a foodie saying so. pic.twitter.com/sgpuhLvw5x

Rishi Kapoor's long stint in New York was livened up by a crowd of celebrity guests - it was de rigueur for travellers to the Big Apple to drop by the Kapoors'. Their visitors included Ranbir's rumoured girlfriend Alia Bhatt, Deepika Padukone, Shah Rukh and Gauri Khan, the Ambanis and many others.