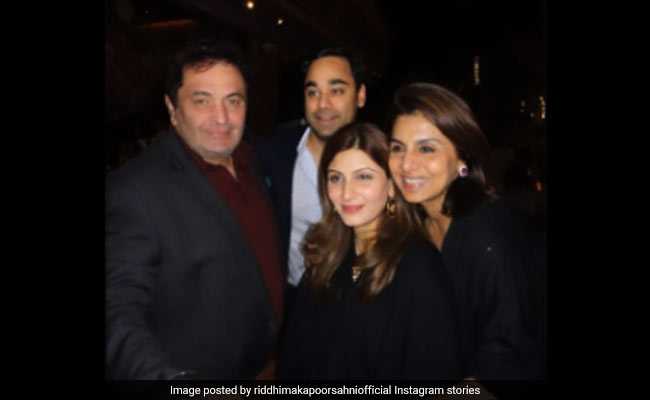 Riddhima Kapoor is sharing some of her favourite memories along with her late father Rishi Kapoor, one Instagram post at a time. On Thursday, Riddhima struck gold in her family photo archive and posted a picture of herself along with her father Rishi Kapoor, mother Neetu Kapoor, and her husband Bharat Sahni, on her Instagram story. She revealed that the picture happens to be from New Year's Eve 2010. She captioned the post: "Beautiful memories. New Year's Eve 2010. Just before Samara (her daughter) was born. 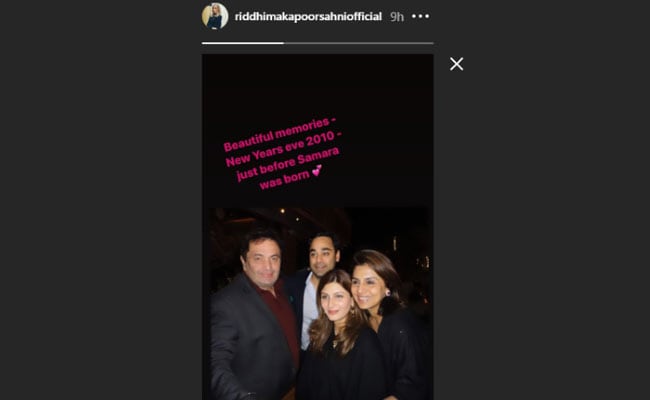 A few hours after the death of her father and Bollywood veteran Rishi Kapoor on April 30, Riddhima posted a picture with him on her Instagram profile and added an emotional note that read: "Papa, I love you I will always love you - RIP my strongest warrior I will miss you every day. I will miss your FaceTime calls every day! I wish I could be there to say goodbye to you. Until we meet again papa I love you - your Mushk forever."

Rishi Kapoor died at the age of 67 in a Mumbai hospital on April 30. He was diagnosed with cancer two years ago and flew to New York for treatment, where he was frequently visited by Riddhima and Samara. He returned to Mumbai last September after having spent nearly a year in the US. He is survived by his wife Neetu Kapoor, son Ranbir and daughter Riddhima. His last project was the 2019 film The Body. The actor had also signed a project with Deepika Padukone, which was to be a remake of Anne Hathaway and Robert De Niro's The Intern.

Riddhima Kapoor, who is the granddaughter of Raj Kapoor, did not opt for a career in films like many of her family members. Her cousins Kareena and Karisma Kapoor, daughters of Randhir Kapoor and Babita, are also actors. Riddhima is a jewellery designer and she launched a clothing line for children - Sam And Friends - named after her daughter Samara.