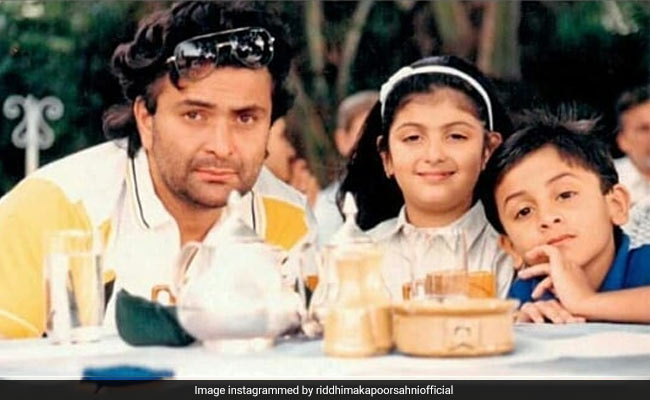 Rishi Kapoor's daughter Riddhima Kapoor Sahni, who couldn't attend her father's funeral, just cannot stop revisiting throwback memories, some of which she's also sharing on her Instagram stories. Riddhima, who watched the funeral over a FaceTime session with Alia Bhatt, had earlier written she couldn't say a "final goodbye" to her father on her Instagram story. Later, she posted a photo of Rishi Kapoor to say these golden words: "Legends live forever... miss you." Riddhima also shared a bunch of childhood memories featuring herself and her brother, actor Ranbir Kapoor as pint-sized versions. In one of the photos posted by Riddhima, Rishi Kapoor features with his mother Krishna Raj Kapoor, who died in October 2018.

Here's how Riddhima has been remembering Rishi Kapoor: 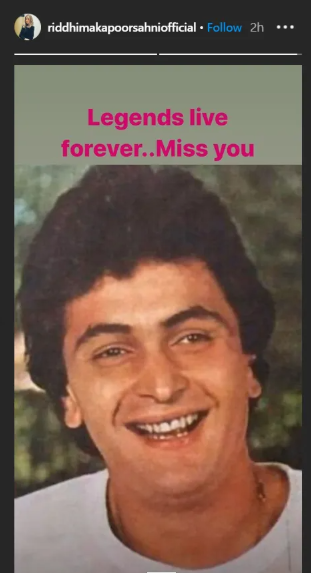 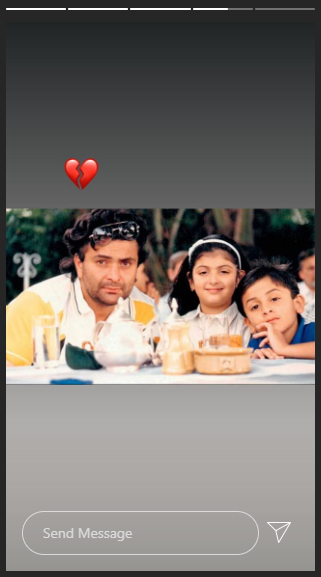 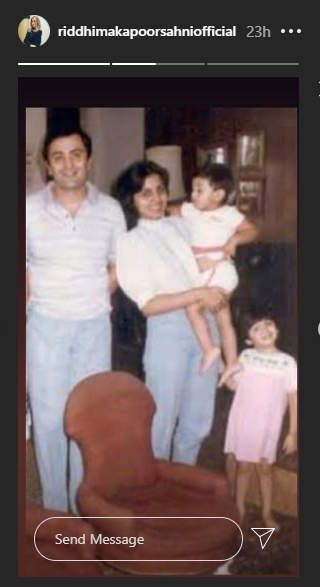 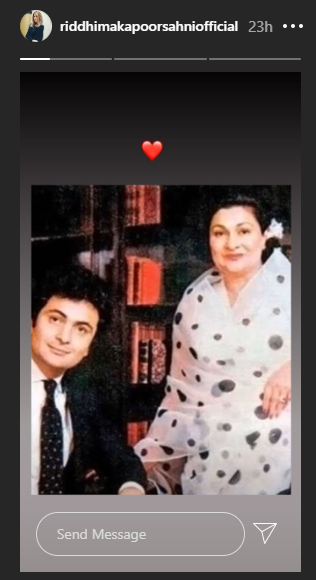 Rishi Kapoor died in Mumbai on the morning of April 30. Just the night before, Riddhima was granted permission to drive to Mumbai from Delhi. Riddhima is a jewellery designer and lives with her husband and daughter in Delhi. She couldn't make it to the funeral in time but shared a heart-wrenching update on Instagram, writing: "Coming home, ma. En route Mumbai." Riddhima and her daughter are said to have attended Rishi Kapoor's prayer meet at home on Saturday. On Sunday, she immersed her father's ashes in Mumbai's Banganga along with brother Ranbir and mom Neetu.

On the day of Rishi Kapoor's death, Riddhima's emotions spilled onto Instagram as she posted this: "Imiss you already, come back na, Papa" and "Wish I could be there to say goodbye to you, Papa," she wrote. In a separate post, she wrote how much she will be missing her FaceTime sessions with her dad: "Papa, I love you. I will always love you - RIP my strongest warrior. I will miss you every day. I will miss your FaceTime calls every day! Until we meet again papa, I love you."

On Monday, Neetu Kapoor has shared a note on the family's "deep sense of loss" but also "immense gratitude" for the medical staff at Mumbai's HN Reliance Foundation Hospital, where Rishi Kapoor died at the age of 67. Rishi Kapoor was diagnosed with cancer in 2018 and spent almost all of last year undergoing treatment in New York. After 11 long months, he returned to Mumbai last September.