Rishi Kapoor, Evergreen Heartthrob, Dies At 67. "He Was Jovial To The End," Say Family

Rishi Kapoor, known for his work in films like Bobby and Chandni, was treated in New York for cancer and returned to Mumbai last year.

Rishi Kapoor, beloved star of films such as Bobby and Chandni, died in a hospital in Mumbai at the age of 67 on Thursday. He fought a long battle with cancer and had spent much of last year in New York being treated. A statement from the Kapoor family said that the actor "remained jovial" and "kept doctors entertained till the end." Rishi Kapoor, who was famously fond of life, "would like to be remembered with a smile and not with tears," The family have also appealed that lockdown rules be respected by Mr Kapoor's fans and well-wishers. Read the full statement here.

Rishi Kapoor's niece Kareena Kapoor and her husband Saif Ali Khan were pictured at the hospital on Thursday. Actress Alia Bhatt's car was filmed leaving the hospital - it's not clear if she was in it. 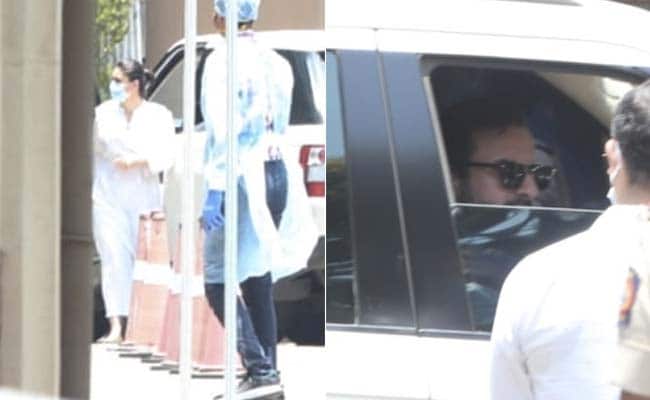 Condolences were posted by President Ram Nath Kovind and Prime Minister Narendra Modi. "He was so full of life that it's difficult to believe that he is no more," tweet President Kovind. PM Modi described Mr Kapoor as "multi-faceted, endearing and lively" and said he would remember their social media interactions.

Rishi Kapoor's untimely demise is shocking. An evergreen personality with an always smiling face, he was so full of life that it's difficult to believe that he is no more. A huge loss for the entertainment industry. Let us pray for his soul. Condolences to his family and friends.

Multifaceted, endearing and lively...this was Rishi Kapoor Ji. He was a powerhouse of talent. I will always recall our interactions, even on social media. He was passionate about films and India's progress. Anguished by his demise. Condolences to his family and fans. Om Shanti.

This is the film fraternity's second loss in as many days - Irrfan Khan was claimed by cancer a day ago. Rishi Kapoor had been taken to hospital, his brother Randhir Kapoor confirmed to news agency PTI yesterday. "He is in the hospital. He is suffering from cancer and he has some breathing problem, so he has been admitted to the hospital. He is stable now," Randhir Kapoor told PTI.

Rishi Kapoor spent almost a year in New York being treated for cancer and returned to Mumbai last September. In New York, Mr Kapoor had many visitors from back home, among them the Ambanis, Shah Rukh and Gauri Khan, Alia Bhatt and Deepika Padukone.

"Back home! 11 months, 11 days! Thank you all," Mr Kapoor tweeted after his homecoming last year.

Rishi Kapoor was taken to hospital twice in February this year - first in New Delhi, where he was attending a family event, and then in Mumbai. After being hospitalised in Delhi, Mr Kapoor tweeted, "Dear family, friends, foes and followers. I have been overwhelmed by all your concern about my health. Thank you. I have been filming in Delhi past 18 days and because of the pollution and my, I caught an infection whereby I had to be hospitalized." He also revealed that doctors had found a patch on his lungs that could have led to pneumonia.

Rishi Kapoor began his career with roles in his father Raj Kapoor's films. As a child, he made an appearance in the Shree 420 song Pyar Hua Ikrar Hua. He played a young version of his father in 1970 film Mera Naam Joker, winning the National Award for Best Child Artist for his performance. Three years later, he made his debut as a leading man in Bobby. Rishi Kapoor swiftly became the top romantic hero of his day with films such as Rafoo Chakkar and Karz. Mr Kapoor worked his entire life, delivering some of his best performances in later films like 2012's Agneepath and 2018's Mulk.