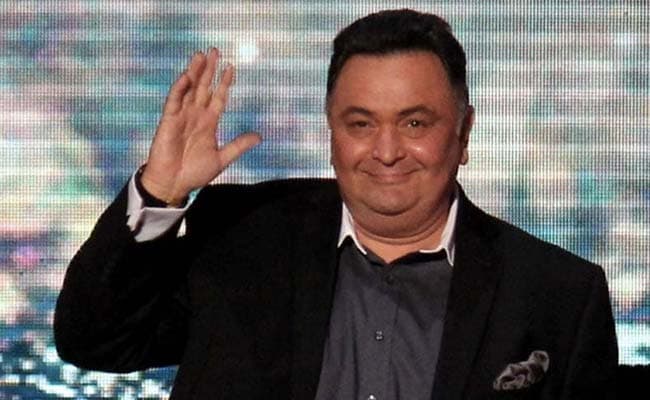 Rishi Kapoor quit Twitter more than once - but always returned

Rishi Kapoor, who died in Mumbai on Thursday at the age of 67, embraced the often-tricky terrain of Twitter as enthusiastically as he had embraced life itself. Mr Kapoor joined social media much before many of the younger members of his family - son Ranbir is still MIA. For the Karz star, Twitter proved a minefield; Rishi Kapoor spoke his mind online, just as he did offline, and the consequences were sometimes too fraught for him to handle. Trolled brutally, Mr Kapoor quit Twitter more than once - but always returned. He was an entertaining and sometimes controversial presence, using his Twitter to share anecdotes, opinions, trivia, and sometimes, admonishments. Rishi Kapoor's last tweet, posted on April 2 a week into the nationwide lockdown, was an appeal not to attack medical workers and the police. "We have to win this Coronavirus was together," he tweeted.

An appeal to all brothers and sisters from all social status and faiths. Please don't resort to violence,stone throwing or lynching. Doctors,Nurses,Medics, Policemen etc..are endangering their lives to save you. We have to win this Coronavirus war together. Please. Jai Hind!

Rishi Kapoor also used his Twitter to rebuke his own fraternity. In 2017, he railed against his younger colleagues for failing to attend the funeral of veteran star Vinod Khanna. "Shameful. Not one actor of this generation attended Vinod Khanna's funeral. And that too he has worked with them. Must learn to respect," Mr Kapoor tweeted.

Rishi Kapoor was a compulsive tweeter of jokes, some of which his devoted social media following didn't always get - Mr Kapoor complained about this often and, after a somewhat offensive 2016 joke about Hillary Clinton was received with alarm, the unrepentant actor tweeted to say that anyone who didn't get his humour should unfollow him.

I commented on Trump and so I did on Hillary.You don't like it,delete me. My forum is a fun one. Lots tweet on me being drunk.That's sad!

Mostly, though, his jokes were of this sort:

While his colleagues were careful about political correctness, Rishi Kapoor never watched his words. He tweeted in the most unfiltered manner about everything from the Gandhis to the beef ban in Maharashtra, topics that most Bollywood stars avoided like the plague. In return for his honesty, Mr Kapoor received the pointy end of trolls. Often, he quit Twitter. In 2015, three months after logging on post a five-year hiatus, Rishi Kapoor announced that he had decided to "retire from Twitter coz it has only given me grief." It didn't last long - half a day later, Mr Kapoor was back, thanks to a Sajid (The director? The producer? The composer? We still don't know).

Sajid.You are responsible for my coming back.Tweeple.If I do anything wrong lynch this man Sajid. Thank you Twitter for welcoming me.Touched

He signed off Twitter again in June 2017 after arguing over cricket with Pakistani fans with whom Mr Kapoor engaged in an often fractious relationship.

The person Rishi Kapoor poked the most fun at, however, was himself:

Some fan just asked- Do you drink occasionally or regularly? I honestly replied- Occasionally. But the occasions come regularly!!!

As he said himself in a tweet, some of Rishi Kapoor's friends attempted to convince him about the virtues of restrain on social media. He wasn't having any of it.

Morning Dimple Kapadia called to scold/praise me for my tweets.Sweet of her concern. Akshay too spoke I told him Gabbar looks good!Good luck

Thank you, Dimple Kapadia and Akshay Kumar, but there was no making Rishi Kapoor into anyone else but his larger-than-life self. "He would like to be remembered with a smile and not with tears," read a family statement released after Mr Kapoor's death. That's just what we'll do.