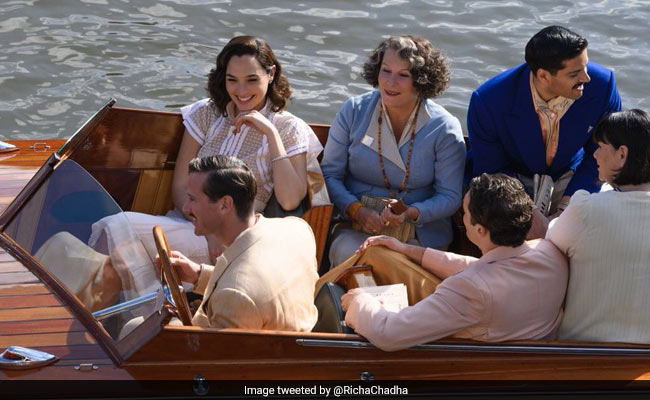 Richa Chadha, on Thursday, shared a picture of the Death On The Nile cast chilling on a deck boat and asked her fans to "spot her fiance" Ali Fazal, who will also feature in the murder-mystery, in the photo. Death On The Nile, which is an adaptation of Agatha Christie's classic novel of the same name, also stars Wonder Woman actress Gal Gadot, Kenneth Branagh, Armie Hammer, Tom Bateman, Annette Bening, Russell Brand, Dawn French, Rose Leslie, Sophie Okonedo, Jennifer Saunders, and Letitia Wright. Sharing the photo on her Instagram story, "proud" Richa Chadha wrote: "Spot the fiancé...casually sitting next to some superstars holding his own."

She tweeted the same picture with this super cool caption: "No biggie... just Ali Fazal casually chilling with some global superstars. #Proud." 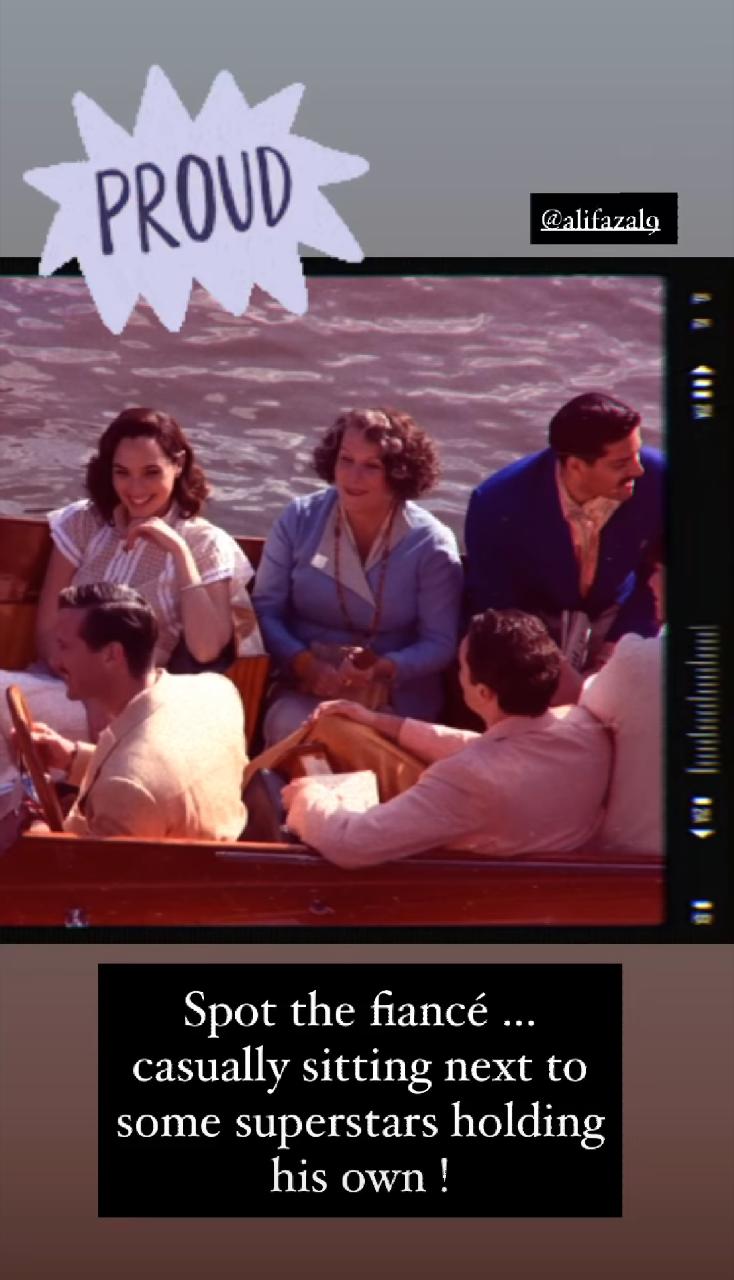 Death On The Nile marks Ali Fazal's third big international project. He has previously worked in Stephen Frears's 2017 film Victoria And Abdul, co-starring veteran actress Judi Dench, and made a special appearance in the 2015 film Furious 7. Death On The Nile, directed by Kenneth Branagh, is slated to release on October 23 this year.

In a separate post, Richa Chadha also posted a video of herself and Ali Fazal from the shoot diaries of their 2017 film Fukrey Returns. The clip features the actress and Ali Fazal having a hearty laugh with Pulkit Samrat and Varun Sharma. Check it out here:

Here just some laughter to brighten up your TL. The next month will belong to @alifazal9 ... That's @pulkitsamrat 's voice and probably @fukravarun 's sandwich. And you can hear @natashanayar1 and @amandeep_khubbar too! Can't wait to be reunited with my Fukra boys...

Richa Chadha and Ali Fazal got engaged earlier this year.

In terms of work, Richa Chadha was last seen in this year's Panga, starring Kangana Ranaut. She has Bholi Punjaban, a stand-alone film on her character from Fukrey lined up.